on July 02, 2012
Whilst on holiday we visited the American Cemetery at Omaha Beach, a little morbid I admit but I do love WWII.

Thousands upon thousands of white crosses with a few stars stand in rows, it's hard to imagine what it would look like if each one was actually a man! 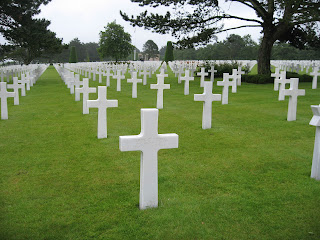 There are no dates of birth just the day on which their lives were cut short. Many mown down by machine gun fire or blown to pieces by the heavy shelling that awful day and those that followed. 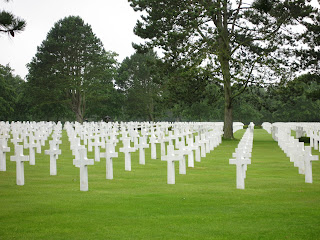 The beach is now peaceful, in fact it is a gorgeous beach but because of it's history isn't used as much as maybe it would be, there is no beach bar or bucket and spade stalls. 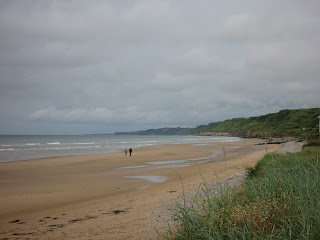 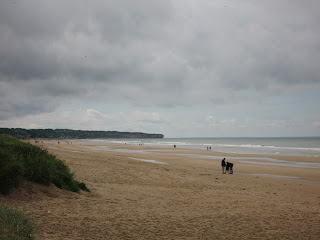 The monuments at Omaha beach are a beautiful symbol of the tragedy that happened on the beach that misty June morning. 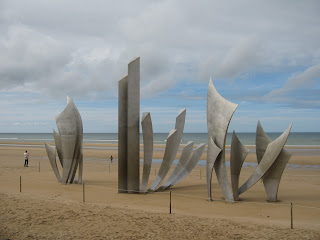 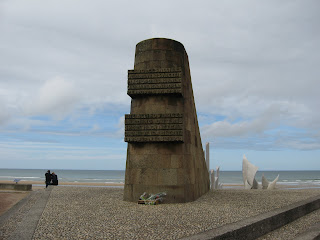 I have been to the WW1 memorial to the missing at Theipval which has 73,367 names engraved on it. The American Cemetery only has about 9,500 crosses, but to see the them stood up in lines like that seems more real than names upon a wall. It is almost possible to visualise the great loss.

The museum which holds some interesting pieces of history was well worth the visit (once you got past the metal detectors and bag searches anyway). 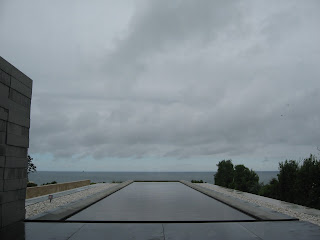 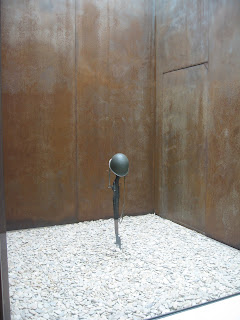 Films and items from the time help you to envisage what it was like, the full scale of the D-Day Landings.

I am forever fascinated by the beaches, every time I go back I am in awe of what happened on that day, the day's running up to it and the days after it.

I have visited the Pointe Du Hoc, an utterly breathtaking place which I shall never forget and still bears the scars from the days leading up to June 6th.

And then Arromanches, where the remains of the Mulberry Harbour still sit, I will write a post about this another time.

Finally, I saw a flag fluttering against one of the stones, a fabulously named man and as the flag blew in the wind it said everything that needed to be said. 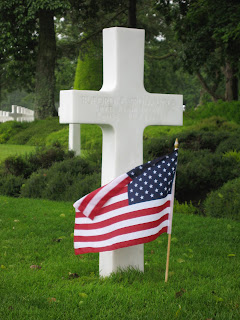