on April 28, 2015
Today is National Superhero Day and to celebrate this, we held our very own superhero party with a different star at the centre of it.

Barbie in Princess Power is the latest addition to the Barbie collection and one that we couldn't get enough of. 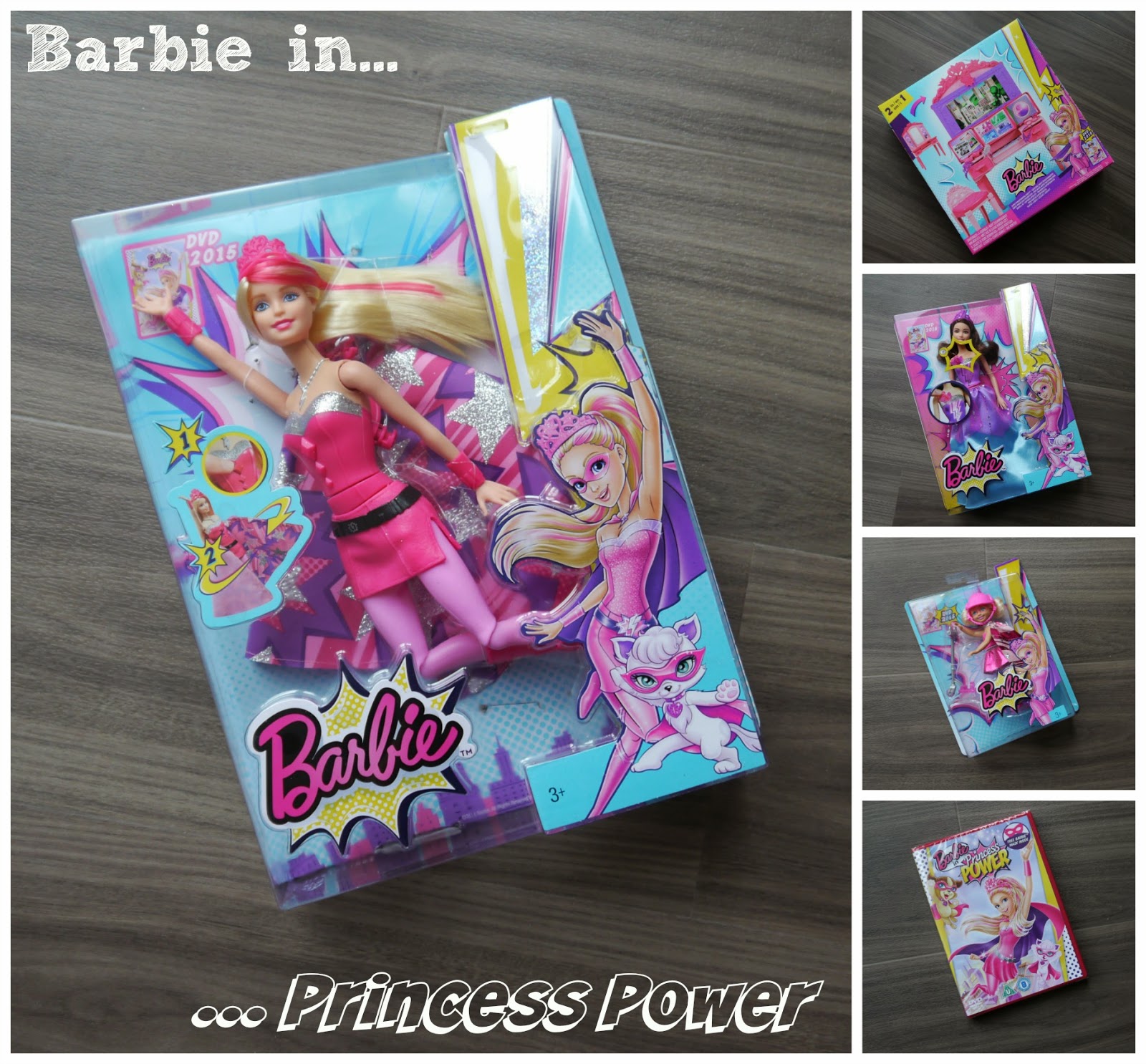 In a world that is dominated by male superheroes, Mattel decided that it was time for a female one. With many children aspiring to be a superhero why not create one who can be strong and powerful whilst wearing something sparkly?

We were sent some of the new toys to test out during our own Barbie Princess Power party where we got to know the new toys and talked about 'what makes you super?' 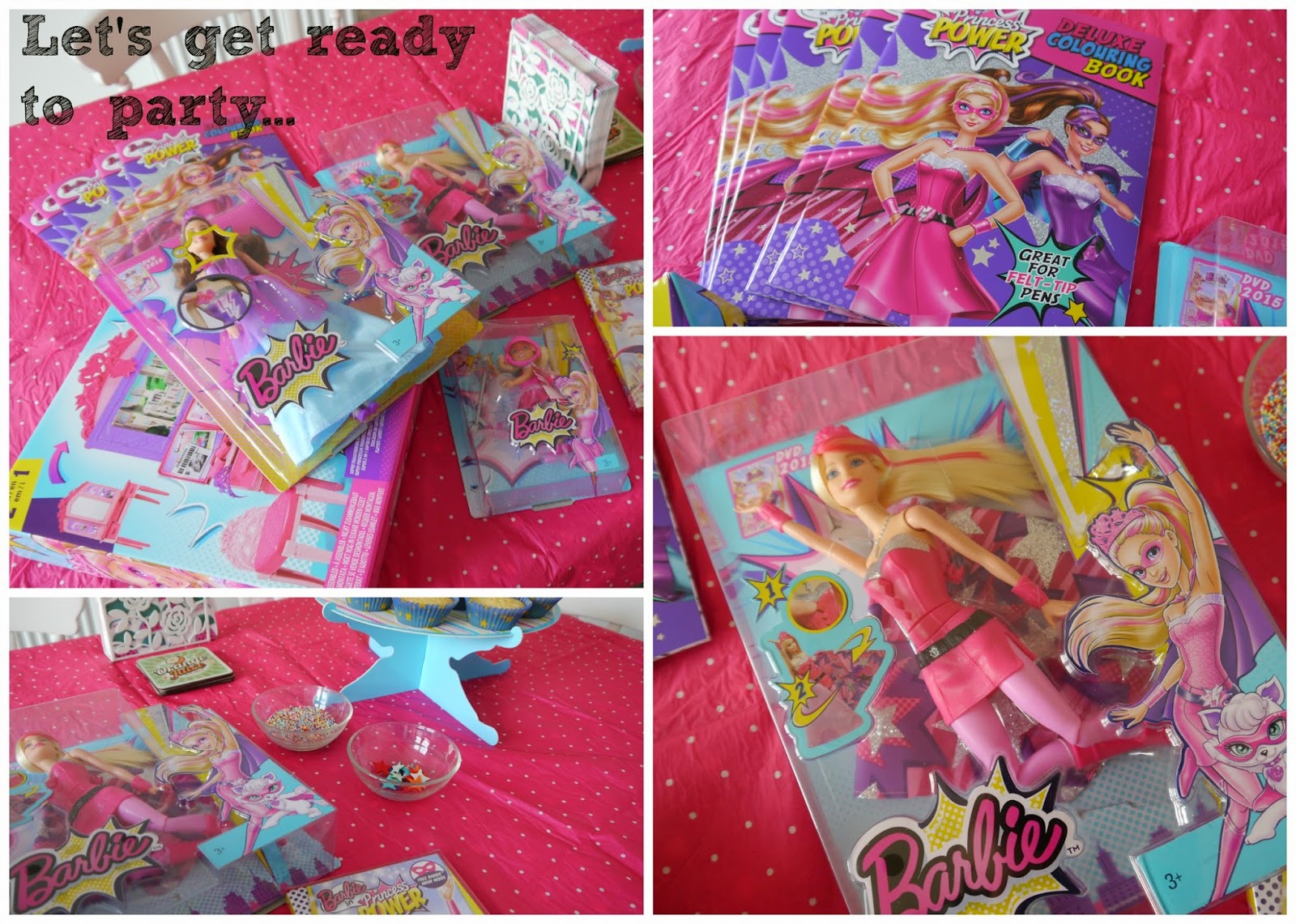 We set our table, donned superhero capes and masks and set out trying to be superheroes in our own special ways. 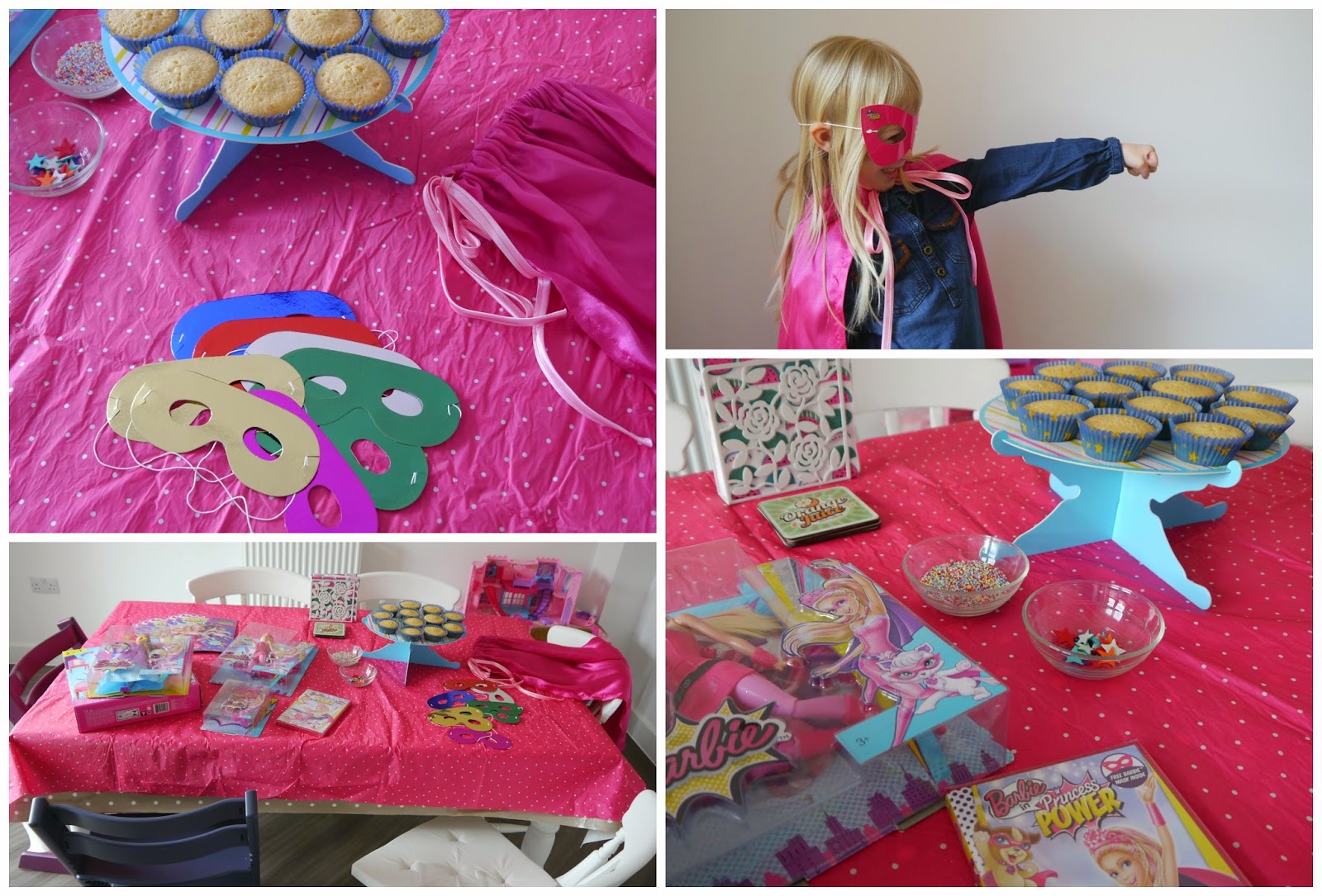 Once our guests arrived we ate some party food for lunch, then decorated some cakes with sprinkles and superhero stars! 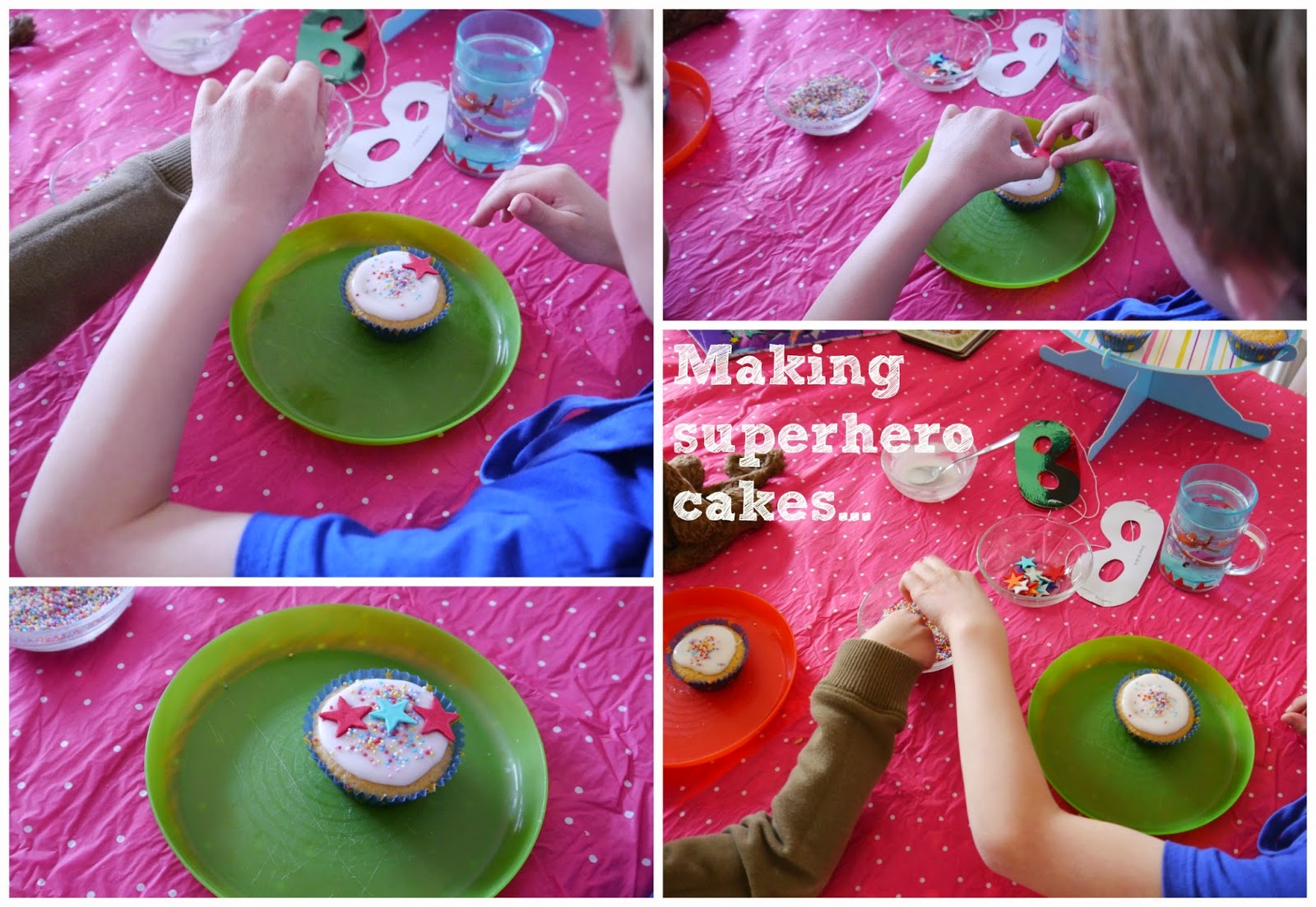 We then watched the Barbie in Princess Power DVD, a great addition to the range which tells the story of Kara, a modern day princess who gets kissed by a magical butterfly and soon discovers her amazing superpowers. But when her jealous cousin catches the magical butterfly and transforms into Dark Sparkle, her nemesis, their rivalry takes to the skies. But when they meet their true enemy, can they work as a team to save the kingdom?

Superpowers don't have to be about fighting or who is the strongest, we talked about how superhero's can be anything from a firefighter to policeman or lifeguard. My daughter is the kindest person I know, and my son has the ability to amaze me with his generosity, pretty super if you ask me. 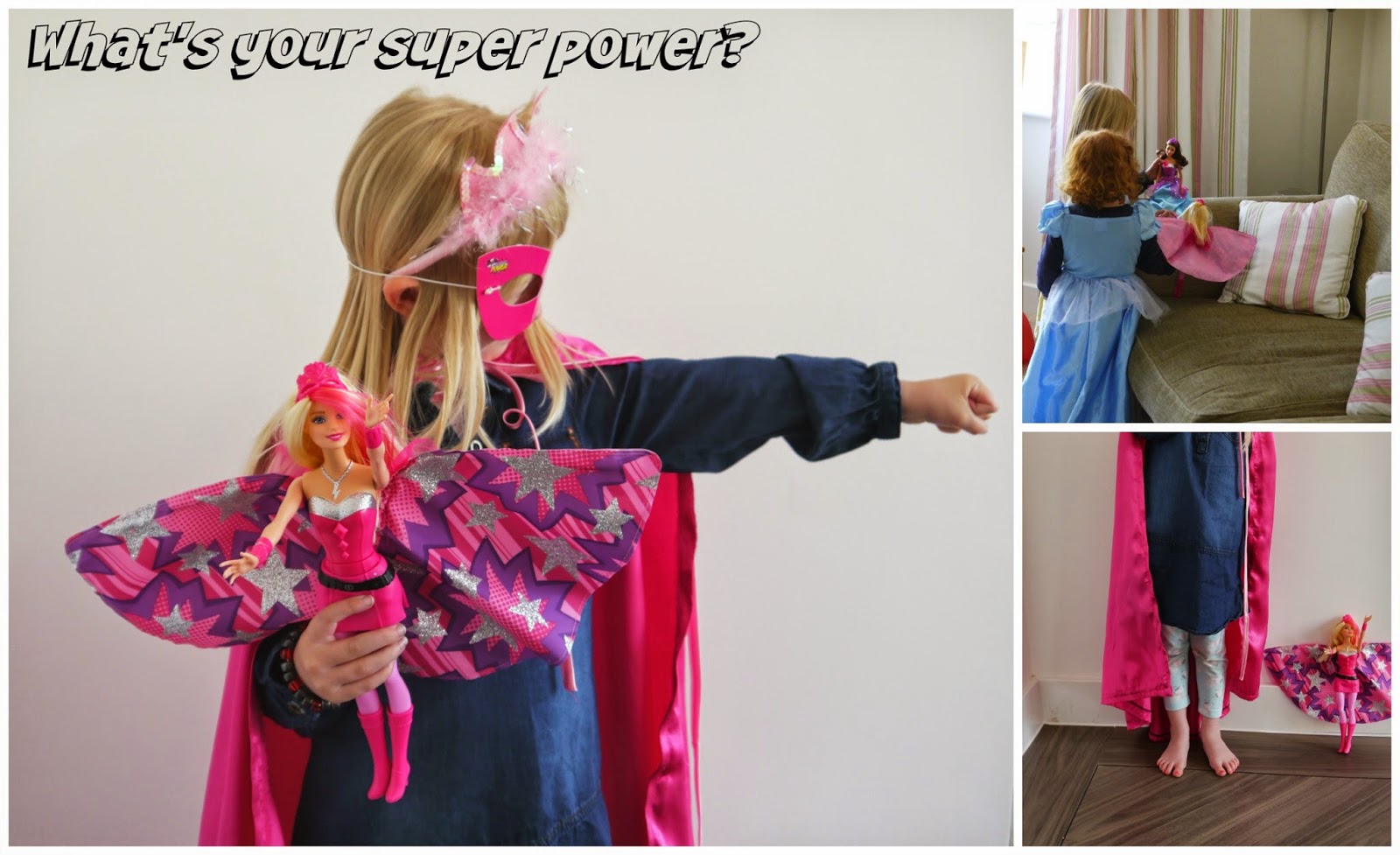 The dolls themselves are fantastic, the way that Barbie's dress pops out to make the cape is genius, she is sturdy and has stood the test of time with a three year old and four year old playing with her. Along with Corinne (aka Dark Sparkle) and Chelsea my daughter has enjoyed playing her own version of a superhero tea party with them. 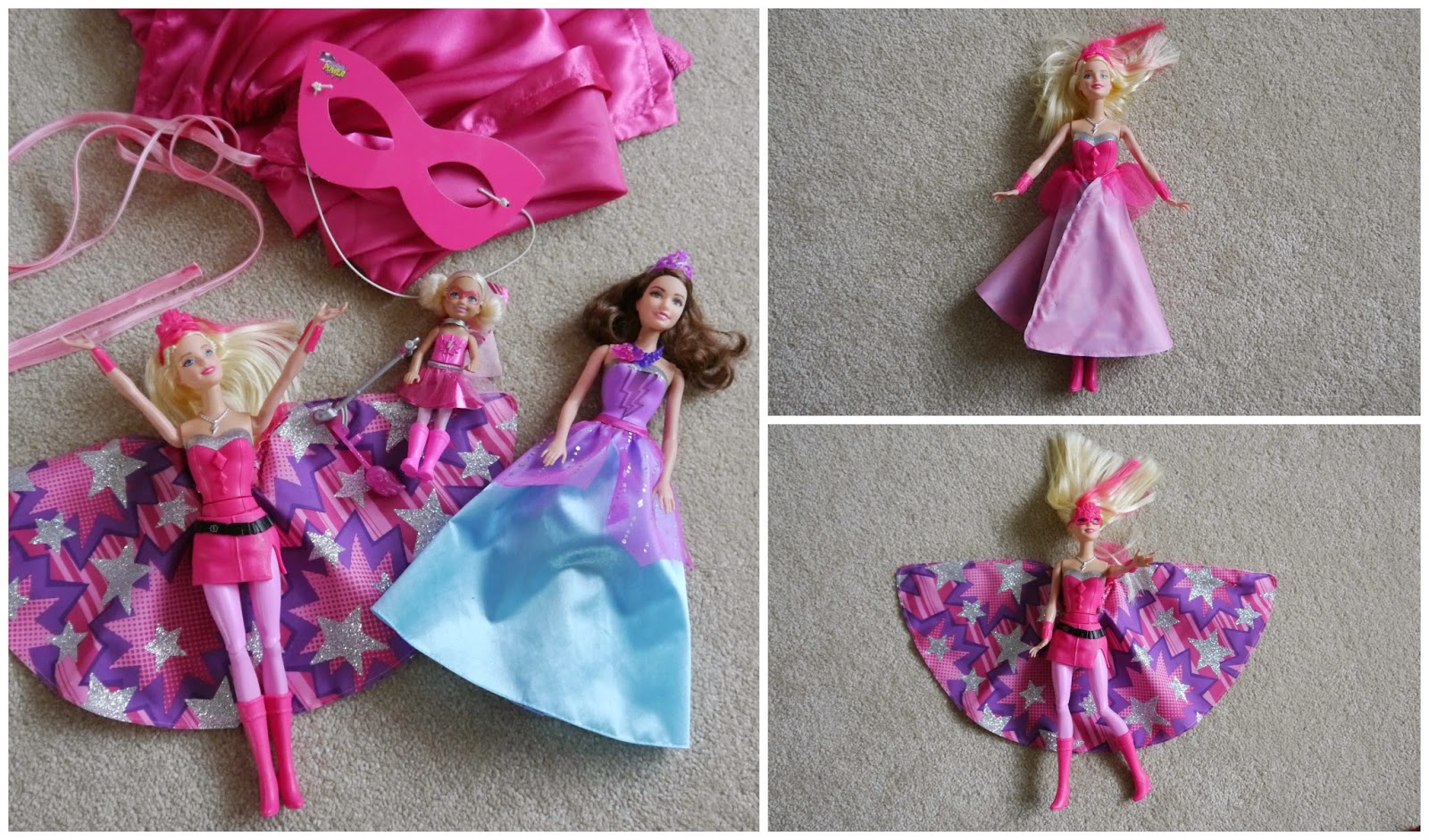 So what's your super power?

NB: We were sent a selection of dolls and goodies to host our party, all words and opinions are my own.
barbie besuper children kids party power princess super hero superhero toys