In the Night Garden Party at Alton Towers

on May 26, 2015
On Sunday, we were invited to a party, this was a very special party in honour of some long standing favourites of our children. Who? You ask, well, it was Iggle Piggle and Upsy Daisy from In the Night Garden and they had invited us to celebrate not one, but two fabulous milestones.

Firstly, the In the Night Garden ride at CBeebies land just turned one, a momentous occasion which meant it was only right this was the first ride we went on. We saw all our favourite characters as we sat in the little boat and floated around. 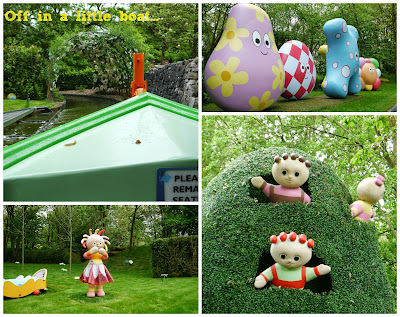 After we'd seen our friends, we headed to the party room, straight away we saw the two party hosts and my super excited daughter ran over to go and see them. I think her face says it all, but they were absolutely wonderful and took the time to give her hugs and have their pictures taken. 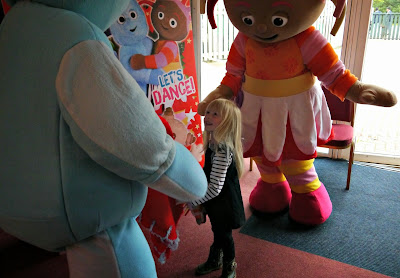 My son, who is a little older, went and took part in some of the fabulous craft projects they had going on, so he definitely didn't feel left out. There were Macca Pacca's stone and Iggle Piggle's rattle to decorate, face painting, some fantastic balloon modelling and of course, lots of singing and dancing. It was by far one of the best children's parties we have ever been to. 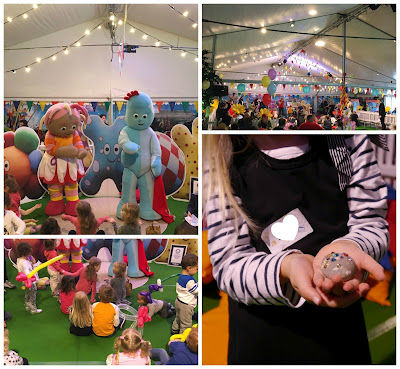 Once we had filled up on party food, including some really scrummy cake, we said goodbye to Iggle Piggle and Upsy Daisy, picked up our goodie bags (thanks for those guys, they were a hit) we headed out to the park.

Daddy went on lots of exciting looking rides, whilst Mummy and the children watched, if you are going with children the single rider queue is a great way to get on the rides quickly. We all got wet and foamy on the Ice Age 4D ride and went to see lots of fish in the Shark Bait Reef Sealife Centre, it was a really varied and fun filled afternoon.

Finally, before we went home we went back to CBeebies land, as the queues had died down a little we headed to the fabulous new Octonauts ride, it took a while to get on but the kids haven't stopped talking about it, so i'd say it was a hit. The queues in CBeebies land are long so be prepared, there are lots of activities in the queues but that only helps so much. 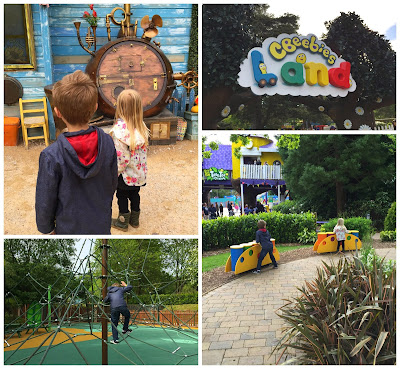 Everything was interactive and Mr Blooms Nursery was really fabulous, the staff couldn't have been more helpful, a lot better than I remember from several years ago, so well done to Alton Towers for getting it right and making sure that as a family everything was just perfect.

Oh and I forgot to mention the second reason for celebration, we all know Iggle Piggle loves his blanket, well they made a super duper big one which is now in the Guinness Book of Records. 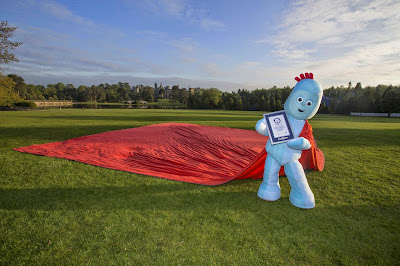 Thank you for inviting us to celebrate with you Iggle Piggle and Upsy Daisy, we had a great time.

NB: We were invited to Alton Towers for the purpose of the party, we were given complimentary tickets to use on the day.
alton towers cbeebies children daysout igglepiggle in the night garden kids layout theme park things to do thingstodo upsydaisy