on September 23, 2015
My daughter is growing up rather quickly and part of that means finding new toys that excite and engage her. She has an unbelievable imagination and can often be found playing the most wonderful games and telling stories.

Since she found my old Barbies at my mum and dads house she has loved dressing them up and using them as her play friends. So when we were sent the new Barbie in Rock N Royals doll I knew it would be a hit but I didn't know how much. From the moment we took her out of the box she was full of excitement and spent hours singing with her, it took only a few plays of the song for her to know the words to sing along to. 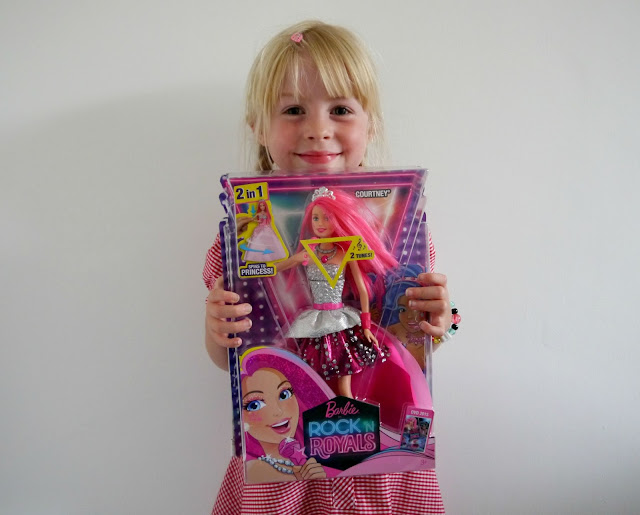 The Rock N Royals doll is a princess on one side but move her arm up and she turns into a rock star, complete with different outfit courtesy of some clever outfit trickery. 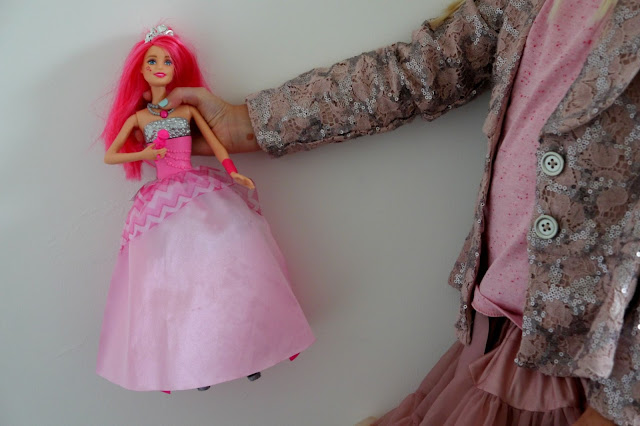 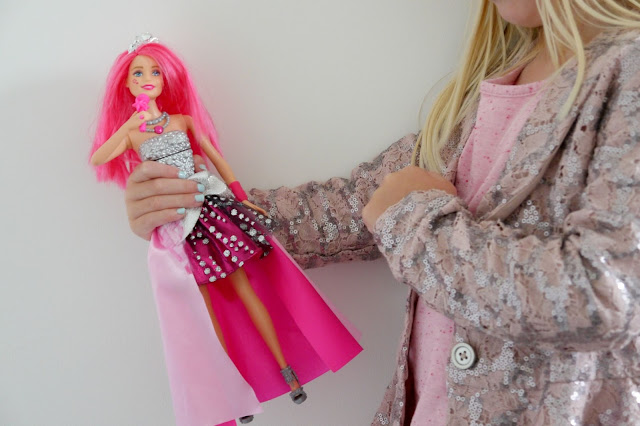 She has really enjoyed the song that Barbie sings and has loved playing and twirling round, we even dressed up for our own rockstar singing session in the garden whilst it was sunny. 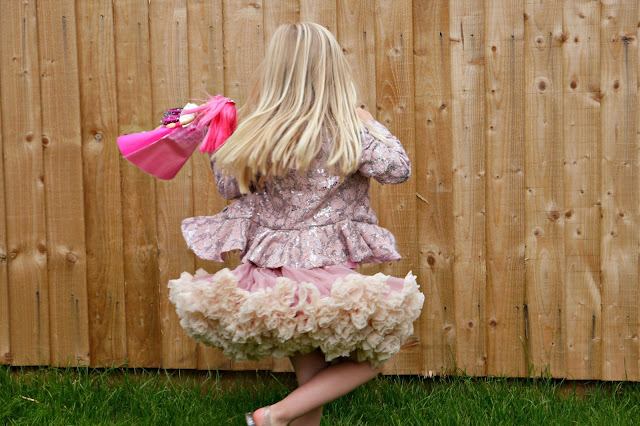 The stand out feature is that this doll is 2 in 1, the fact that it sings a rather catchy song is an added bonus. My only issue with this type of doll is that you can't change their outfit, although because of the way the dress flips round and the music-playing part of the body, it means they need to stay in that outfit. But to be honest, she doesn't need more, the two that she has are so very different and so very funky and my daughter hasn't mentioned anything about changing her clothes, probably because "she is Courtney the Rock N Royals doll and thats what she does". 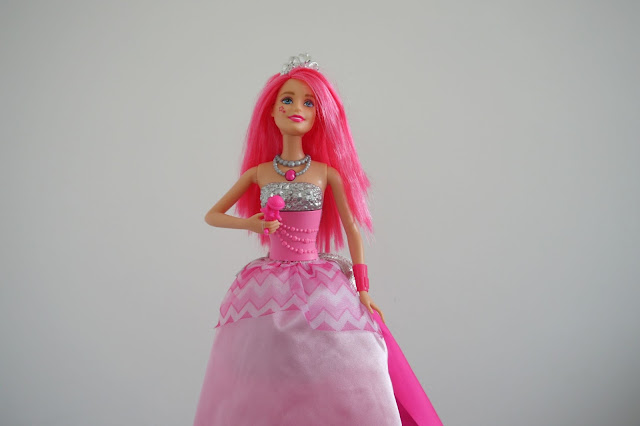 My daughter and I both love the pink hair on this doll along with the funky accessories and I think she is the perfect Barbie that someone who loves singing as thats certainly what she gets my daughter doing.

We've watched some of the clips for the new Barbie in Rock N Royals movie and we can't wait to finally see it, in this brand-new musical adventure two very different worlds collide, when a mix-up sends a princess and a rock star to the wrong camps where they must then face an epic sing-off, it looks and sounds great and I am pretty certain there will be lots of singing along and dancing.

NB: We were sent the Barbie Rock N Royals Doll for the purpose of this review, all words and opinions are my own.
barbie childhood children doll movie play review rocknroyals singing