A Record Breaking Day Out

on November 11, 2015
During the October half term, we were invited to the Guinness World Record HQ, for a day of record breaking fun.

I feel bad to say now that before this, we didn't got one of the books in our house. So, once I knew that we were going, I tracked them down in the library and showed the children what it was about and what we might expect.

We headed on the train down to London and walked from the train station via the British Library to their head office, we were welcomed in their rather fun office with goodie bags and a party buffet.

My son was instantly entranced by their latest offering, the Guinness World Records Gamers Edition, he loves Minecraft and playing games so this was just perfect for him. My daughter looked through the shiny gold book which was the actual Guinness World Records. We also had a little booklet with some interesting facts in, including a picture of the tallest man in the worlds hand....just look at how tiny mine is in comparison. 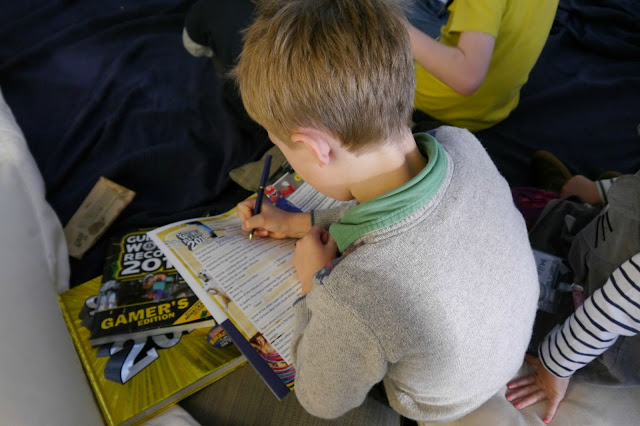 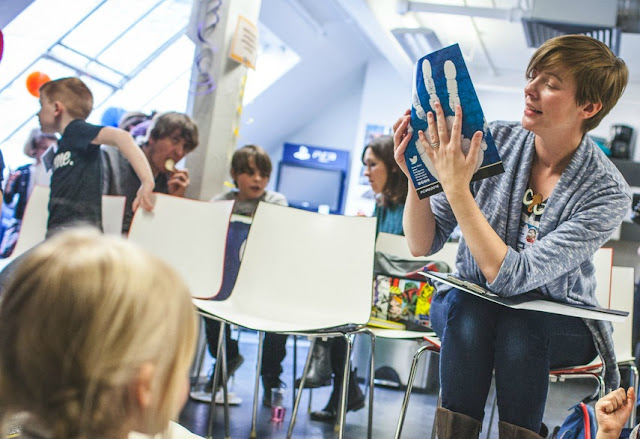 
With our tummies full, we sat down and got ready to hear all about the new books and how they were created.

The talk from Craig Glenday about how they put together the Guinness World Records book was really insightful, he quizzed us on our world record knowledge and shared lots of fun facts with us. He even showed us some dinosaur sick that they had just lying around the office. 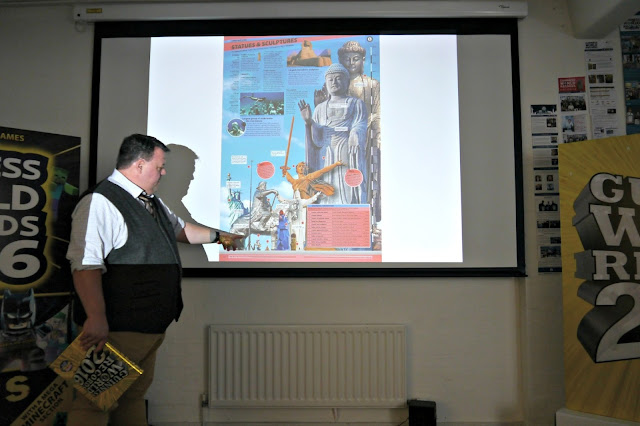 Then we went on to hear about the new Gamers edition from editor Stephen Daultry, my son really enjoyed this session and was intently watching and listening to what was being said. Him learning that you could break a record for something he loved so much was great to watch. 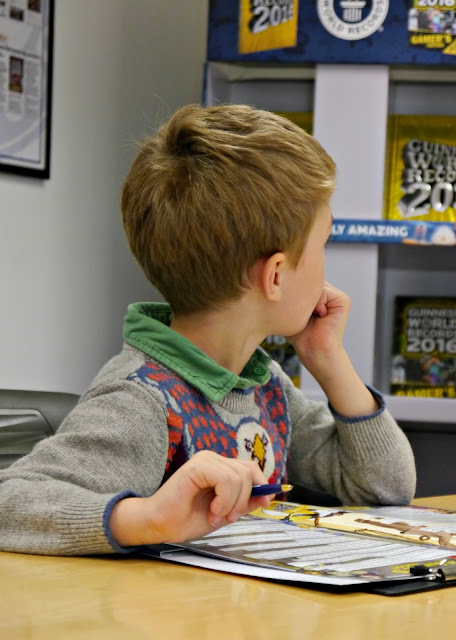 After we'd heard all about the new books, we headed to a bar down the road to try and break some records ourselves.

In the bar, there were set up six different records that we could attempt to break, it was an exciting prospect that a few of us could potentially break a record.

First though, we were treated to some fantastic hoola hooping, I can't hoola hoop with one hoop let alone many hoops! The girls from Marawa's Majorettes are part of a team that hold the Guinness World Record for Most Hula Hoops Spun Simultaneously, it was fantastic to watch and then my son and daughter had a go too. 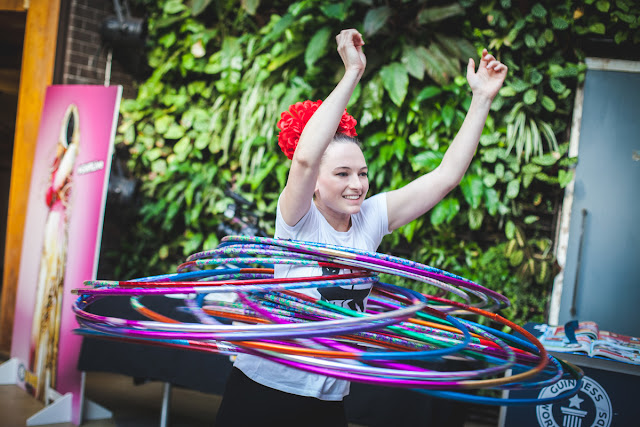 We got on and started trying to break some records of our own. These were of the physical variety first and the children had goes at trying to break some hopping, jumping and stepping records, they loved getting involved, but it was a little too energetic for me! It was lots of fun though and I think the kids both really enjoyed themselves, we didn't manage to break any records though. 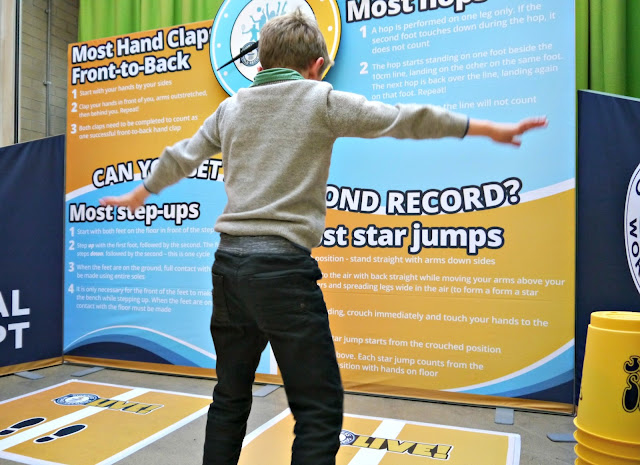 Next, we got to see a few other amazing tricks, from freestyle football to cup stacking, watching these guys who are experts at what they do was astounding. 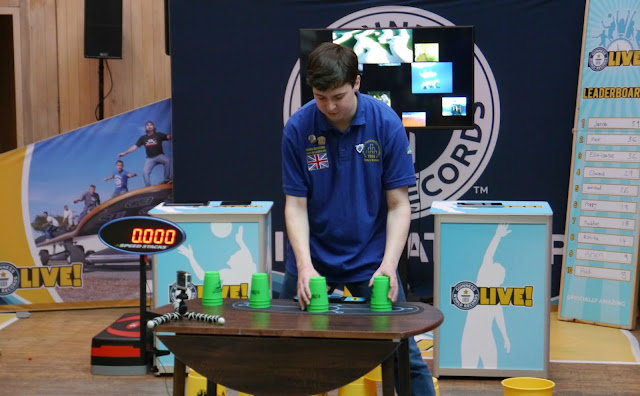 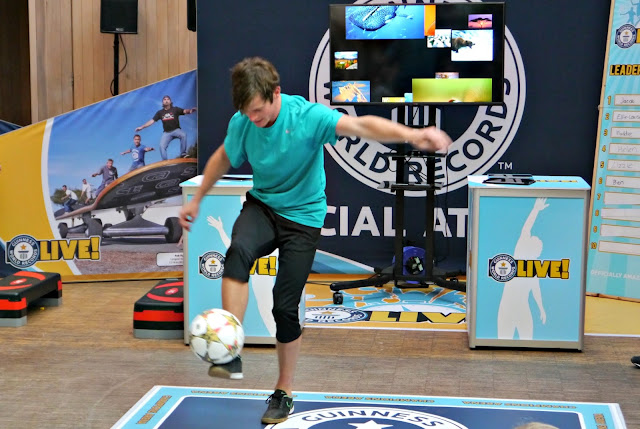 We got to try a few more of our own record breaking attempts although we didn't make it to the top of the boards and therefore didn't get to attempt a record but it was super fun none the less. I wasn't really any good at the Minecraft one but not too bad at the lego, my daughter spent a good five minutes building a lego tower up, not sure she realised it was supposed to be against the clock but it was cute none the less. Even if myself and the little man didn't break any records it certainly gave him something to aspire to, so he's been practicing at home, in fact we all have, even getting Daddy involved. 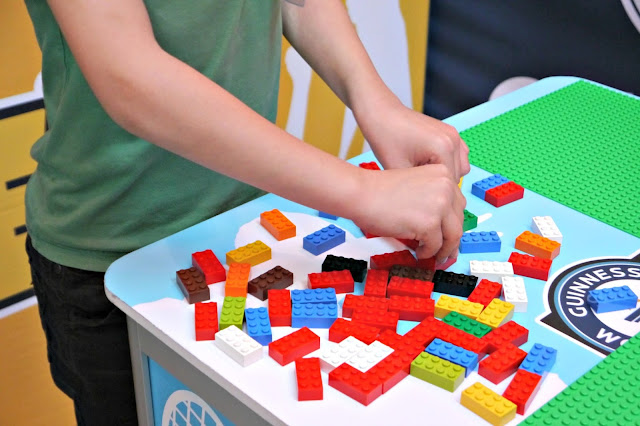 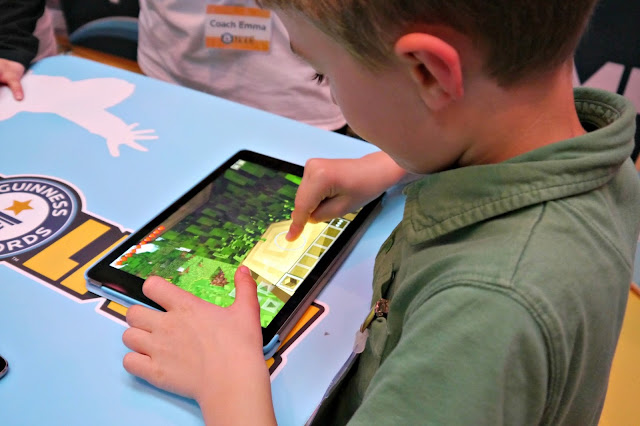 We have the loved reading through the books, in fact the gamers edition hasn't left my sons reading pile. These books are definitely on our gift list, for both birthdays and Christmas.

On the day two records were broken, one by freestyle footballer John Farnworth and another by one of the other children there at the day, how amazing is that!

Below is a video of our day at the Guinnes World Records HQ and what we got up to, it was an awesome experience and we would like to thank the team for looking after us.