Cinderella at the Nottingham Playhouse - Review 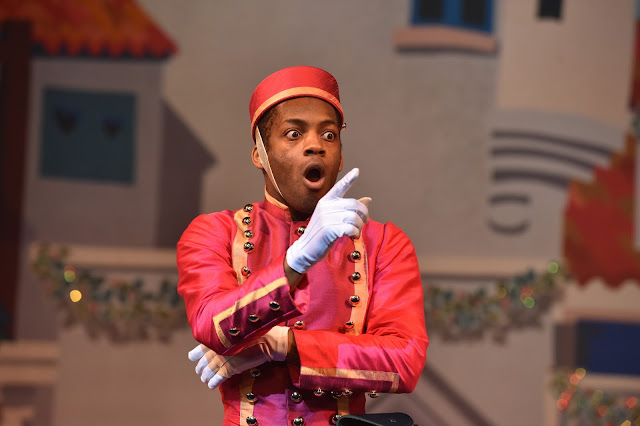 Last weekend we were invited to see the opening night of Cinderella at the Nottingham Playhouse.

If you grew up in Nottingham, then chances are you will have seen the panto at least once.  For me, it was a school trip that first took me to see it. I remember a few of the school years going to see it, sat on a steamed up bus trying to get through the traffic on a cold December night. Everyone super excited to have seen the play and hyped up on sweets.

The glitz of the costumes, the sounds, the singing and most of all the wonderfully adapted stories are what make this a great show. When I used to go the it starred Kenneth Alan Taylor, he has passed the baton on to the fabulous John Elkington but is still a huge part of the panto, writing and directing what was a spectacular show from start to finish.

I was as excited as the children to see the panto, having not been back since my younger days, it was a treat for us all including my mum who came with us.

As the curtains raised and the dancing animals appeared on the stage my daughters face lit up, she was in total awe at the spectacle before her, the costumes were amazing.

Buttons arrived on stage, he was enigmatic and got us all looking after his apple….a gift for Cinderella.
We meet Cinderella, Dandini, Prince Charming, The Ugly Sisters, Duchess Dowager Devilla, lots of woodland creatures and of course the Fairy Godmother. 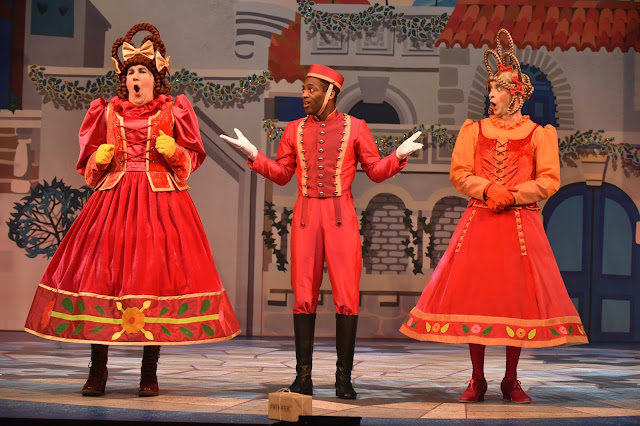 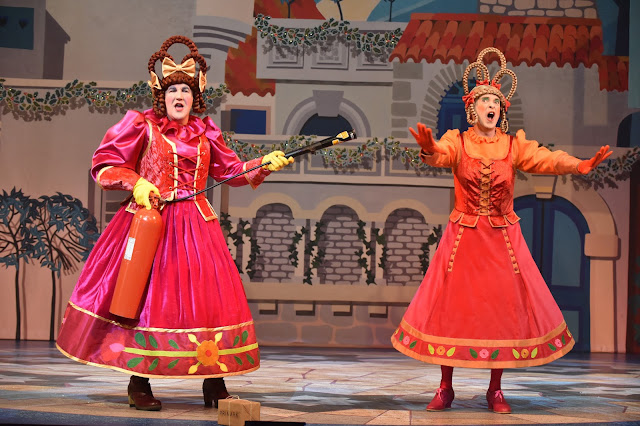 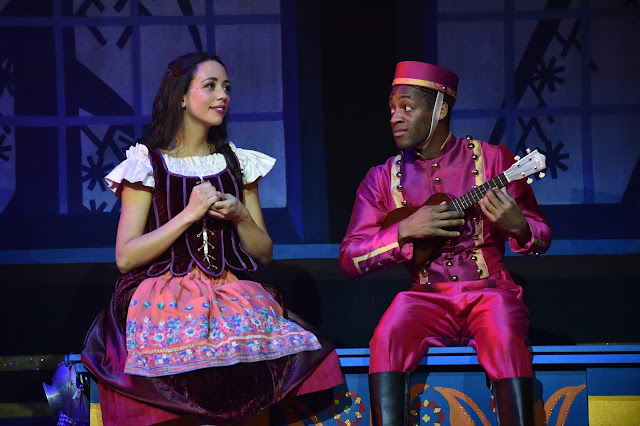 With so many special effects, bangs, flashes and the most wonderfully detailed costumes it had us on the edge of our seats.

There were lots of modern songs to keep it entertaining for all ages, they even got us dancing at one point. It really is the best way to get into the festive mood and with Christmas songs interspersed throughout, it was hard not to get excited.

I don’t want to spoil it by giving away the songs so I won’t, all I can say is that the show is well worth the money and I think this may very well be our new Christmas tradition. 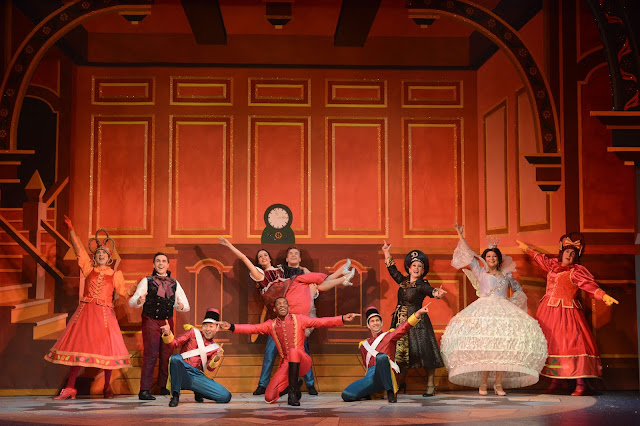 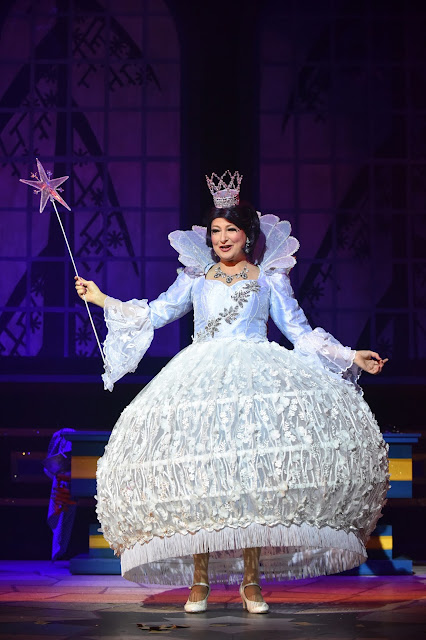 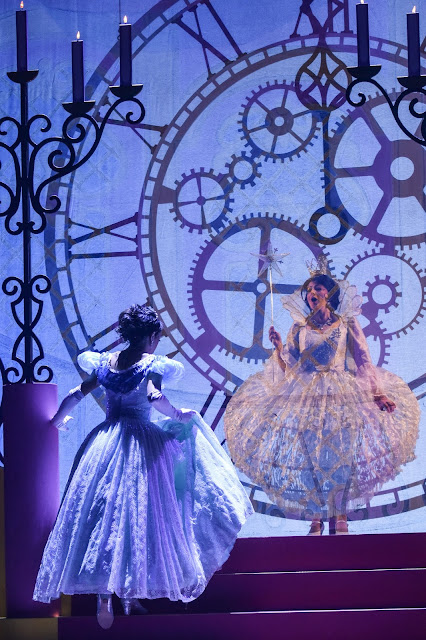 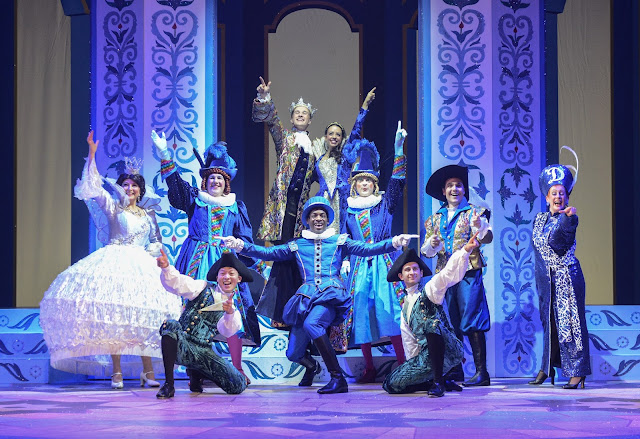 There are several performances of the panto with seats to suit all budgets, I can also highly recommend the Town Mouse and the Country Mouse in the Nevill Studio next door. Aimed at children from 3-8, we have been the last few years and they are an absolutely amazing immersive experience for the children and a great way to get them into theatre.

We were given two complimentary tickets to the show for the purpose of this review, all words and opinions are my own. Photos by Robert Day.
children christmas cinderalla daysout daysoutwithkids drama kids nottingham nottinghamplayhouse pantomime playhouse theatre things to do thingstodo