on January 15, 2018
Star Wars has long been an obsession in our house, with my son loving the movies and getting most excited about the latest release. With the arrival of Episode VIII in Deecmber just gone, these toys couldn't have come at a better time.

My daughter immediately bagged this doll and she absolutely loves it, especially as it comes with BB8 who is a great little character. The doll has a twist action similar to some of her Barbies which means she swipes her lightsaber just like in the movie.

She is very realistic and my daughter has been so in love with her that she came to watch The Last Jedi with us.  I love this character and it is great to have another strong female lead in a film. Princess Leia lead the way in the original trilogy and now we have Rey to carry on the torch of the Light Side.

This figure is part of the Forces of Destiny range which accompanies a series of animated shorts showcasing heroic women from a galaxy far, far away. It's great to see these female characters from the Star Wars universe being given equal standing with their male counterparts. 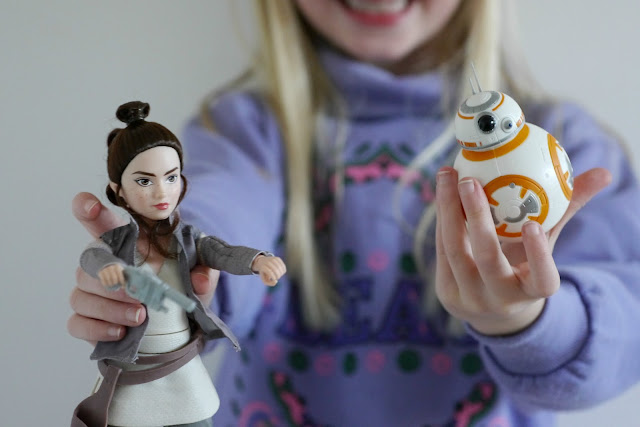 My daughter instantly fell in love with the staff and has been wielding it just like Rey in the film, it is great she can battle against her brother with his lightsaber. The staff is sturdy to say the least, some might even say quite solid and heavy.  You would definitely know about it if you got thwacked during a energetic recreation and I've heard a few yelps to prove it.  The staff also connects with other items from the Bladebuilder range, which I also feature here. 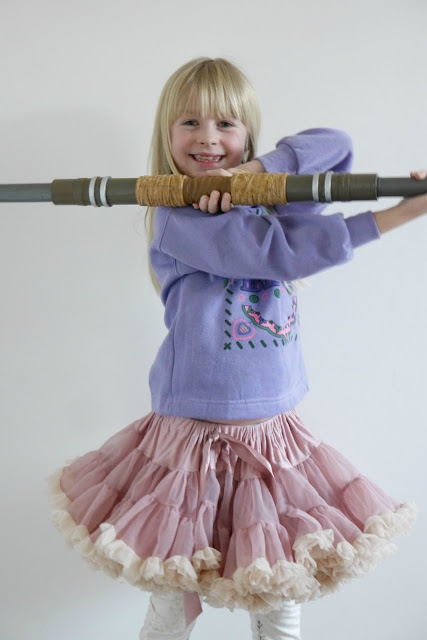 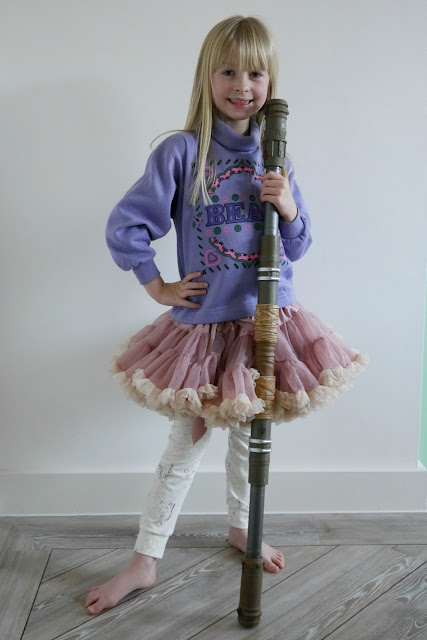 This Lightsaber switches between blue for the Light Side of the Force to red for the Dark Side, meaning you can fight for good or evil depending on what mood you’re in. I like that it converts and allows the role play to encompass all of the different elements of Star Wars.

Easily interchangeable even for the smallest of hands, it is super easy and comes with batteries already supplied so you can just start playing straight out of the box.

The lightsaber is part of the Bladebuilder system so it can be attached to the staff too to make one really huge lightsaber....um thing. 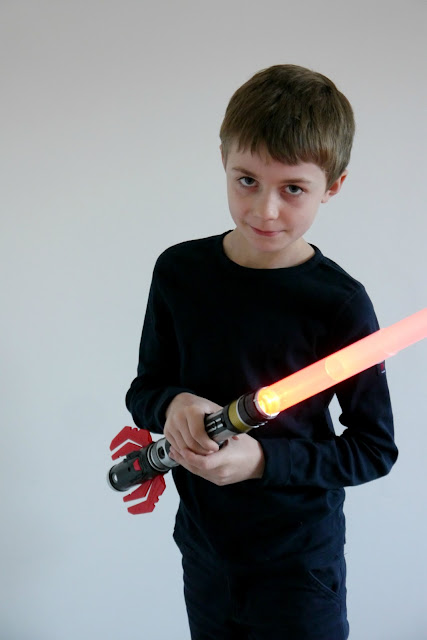 I have to admit I am slightly disturbed by the voice on this toy, however after seeing the film it is true to the character. The removable helmet revealing Kylo Ren's scarred face is very realistic too, he is a really sturdy doll .

I love the fact then when you shake him the lightsaber glows red and makes those familiar swooshing/buzzing/humming sounds. My daughter and son have been having face offs with the two dolls, it has been great to see them playing together with all of these toys. 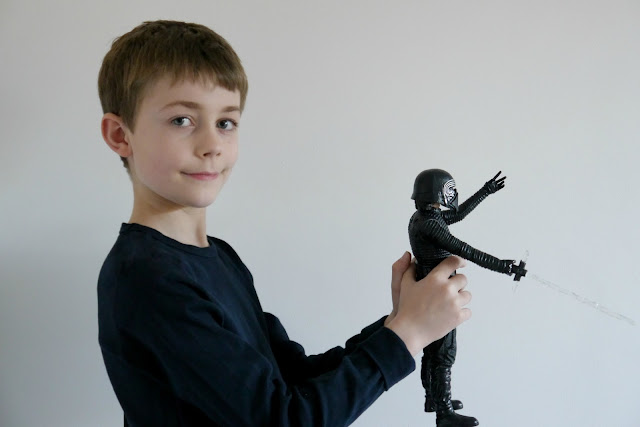 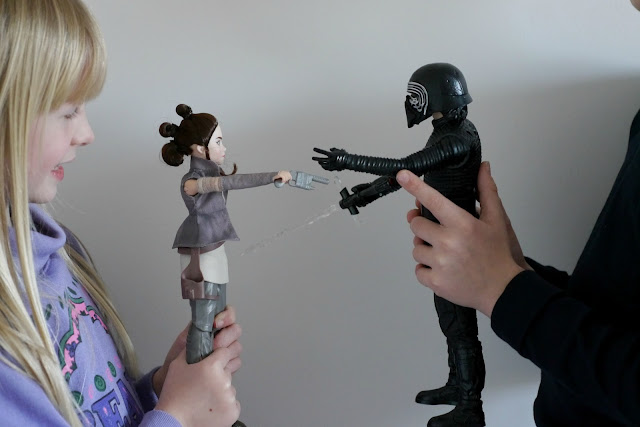 
The Force Link is described as an interactive play system, which in simple terms means it interacts with various figures vehicles and playsets within the Star Wars toy range that feature the special Forcelink technology.

The wearable wrist-mounted unit plays a variety of sounds and phrases that are triggered by the wearer's motion whilst playing with the linked figures. I can't pretend to understand how this works, but it really quite a unique feature they adds an extra dimension to creative play. 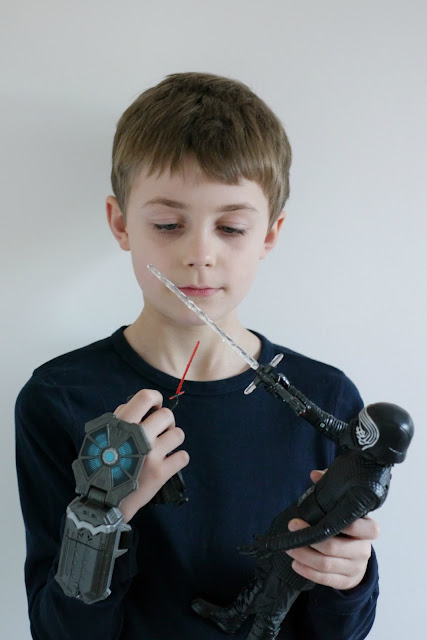 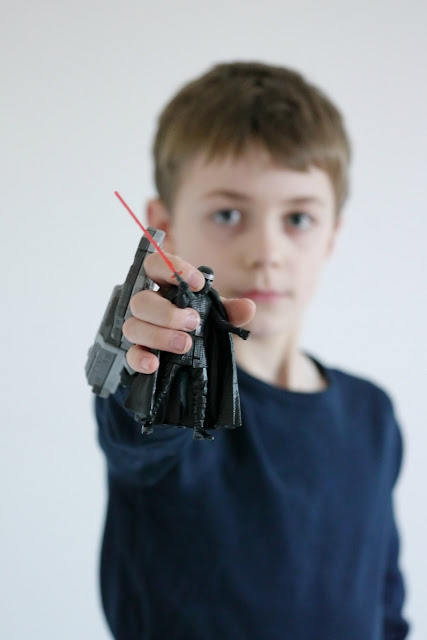 A huge thank you to the guys over at Hasbro for this selection of toys, they have really got the children excited about the new Star Wars films and have ignited their imaginations.

We were sent these toys for the purpose of this review, all words and opinions are my own.
children hasbro imagination imaginative play kids play review star wars the last jedi toys