A Day Out Aboard the SS Great Britain 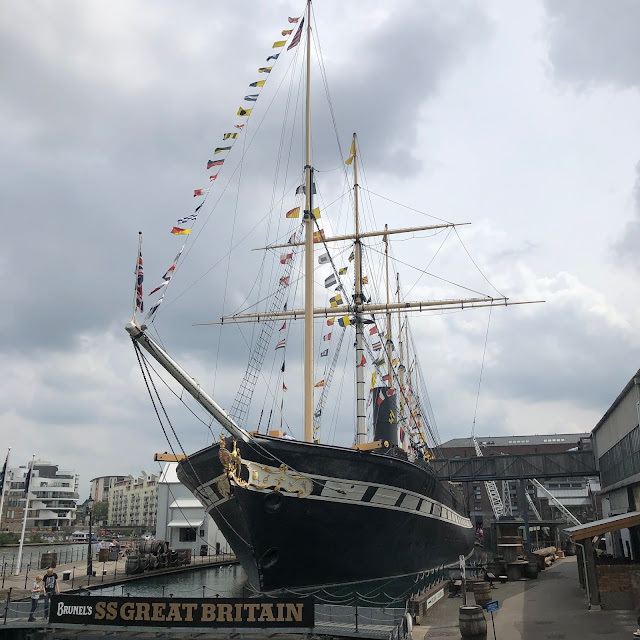 On our way from Weston we stopped in Bristol for the night, I had been there with a friend a few months back and it really seemed like the perfect place to take the kids.

With plenty of museums, eateries and lots to see and do it is a really vibrant city, which I feel we didn’t even touch the surface of.

We got up early on Saturday morning and headed to the SS Great Britain. We had seen this stunning ship on our way down into Bristol, with a view of Clifton Suspension Bridge too, we were most excited to learn about this magnificent feat of engineering.

The walk down the docks is really wonderful and you get a sense of the history of the place from the sheds, cranes, boats and trains that are still visible.

The shop was bright and airy and the kids ran off to look at what there was whilst I picked up our tickets. The tickets are really fun and a memento in their own right as they are in the style of boarding passes, for a journey aboard the SS Great Britain.

We had arrived just in time for one of the Invisible Circus performances, this is a really great touch for the summer as it not only allowed us to see how people of the time would have dressed but also it added an element of fun for the kids. My daughter was in absolute awe at the performance and laughed with delight as they jumped and fell and were generally silly. With performances five times a day around the ship and yard it is definitely something to look out for. 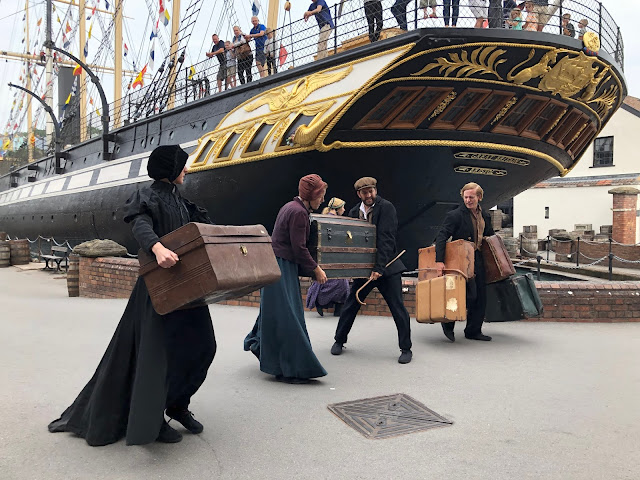 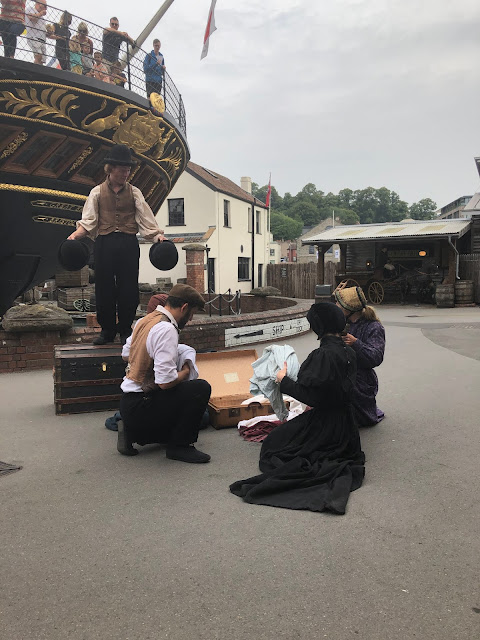 You are given a map to follow around the yard and ship and it is well worth following as it allows the story of the ship to flow.

I have to admit, whilst I was aware of the ships existence I wasn’t aware of what it had been through in it’s life. From taking people to new lands, to being sunk off the coast of the Falklands and finally, being brought back to Bristol in the 1970s. As well as being ahead of it’s time, an amazing feat of engineering brilliance, it is also a tragic tale with a happy ending.

The ship looks as though it is on water, however it actually sits in a dry dock, sealed under glass the air around the hull of the ship is dried out to stop any more corrosion of the iron which makes up this boat. After about 100 years under water this area of the ship was so badly damaged it couldn’t risk being underwater anymore, so this system allows not only visitors to see the hull of the boat but allow it to be preserved for years to come. Getting to see the rudder and propeller which made this boat such an important part of history is fantastic, also being able to get to see the dry dock which was purpose built for the SS Great Britain was equally as wonderful. So much history in one place. 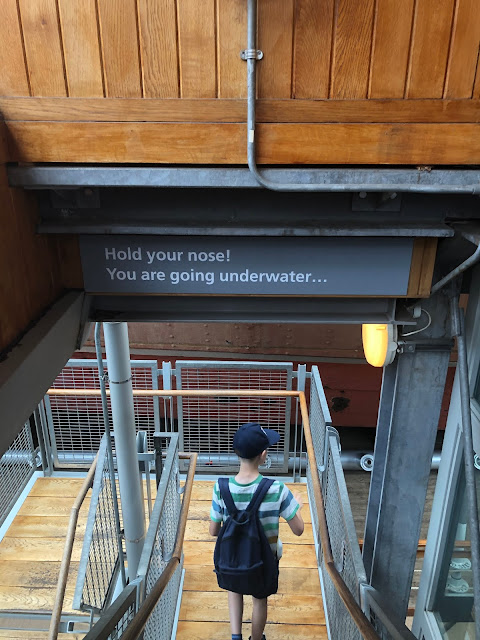 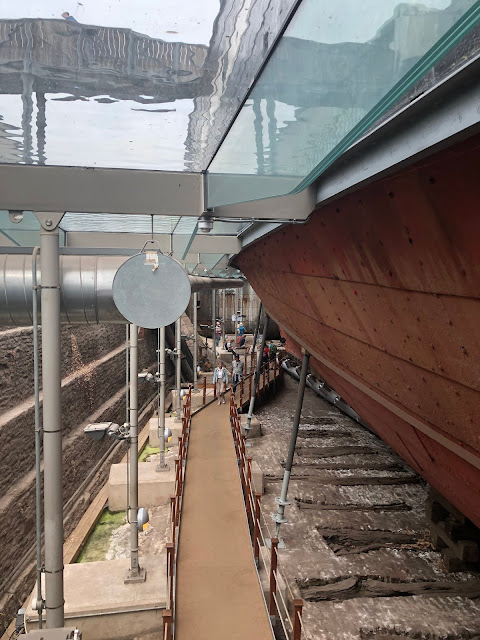 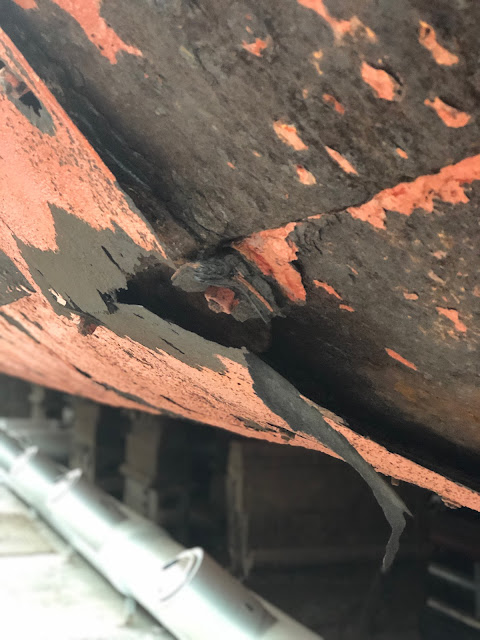 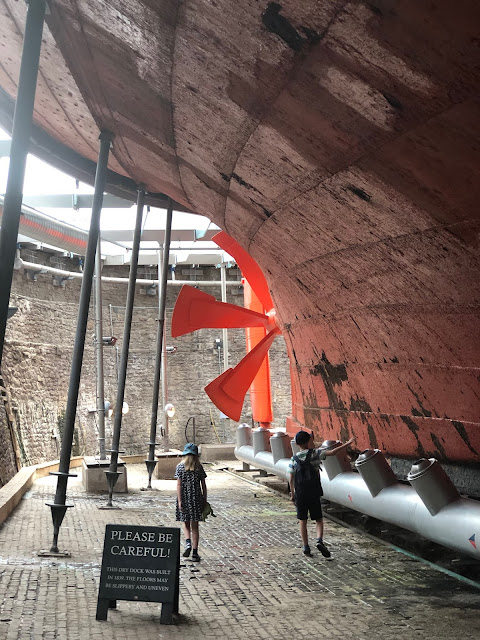 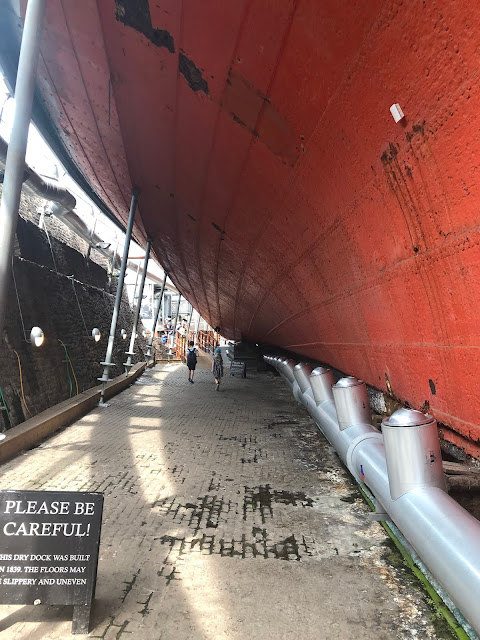 Afterwards we headed into the Dockyard Museum, here you learn all about the history of the SS Great Britain from who sailed on her to her use during the Great Wars and ultimately her sad demise. There are lots of interactive elements to the museum which keep the children occupied, including dressing up and collecting your card to learn about who might have sailed on her. 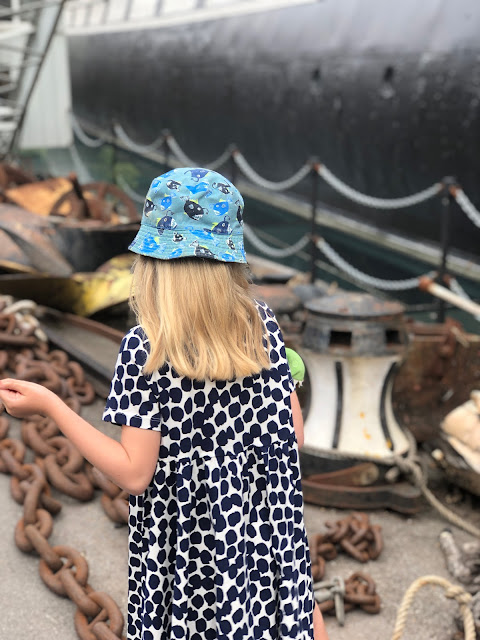 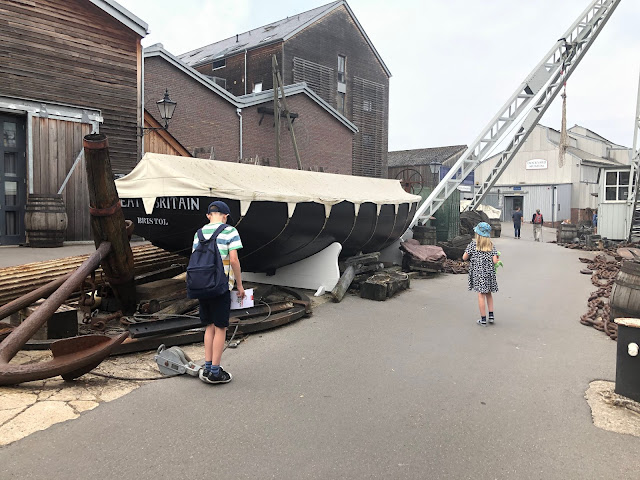 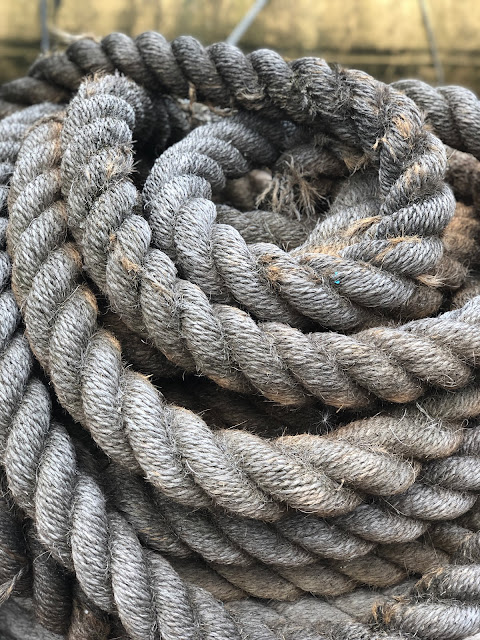 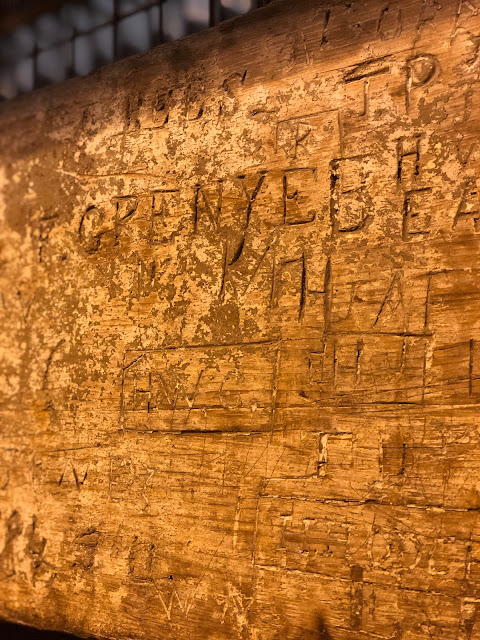 This grand ship looks out over Bristol Harbour and is a truly spectacular sight. 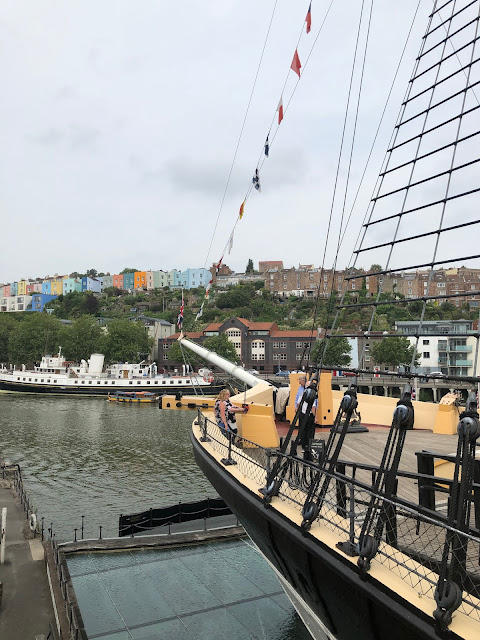 It is fascinating to see (a bit like you see in the film The Titanic) the lines on the boat which separate the First Class Passengers from the rest of the ship, the boat is big but I couldn’t imagine this being the only outside space I’d see in the many weeks it took to get from Britain to Australia.

As you head downstairs to the lower decks you really get a sense of the space, or at nearly 5’10 the lack of it, the beds are like open coffins and the rooms about the same size as my downstairs toilet, the first class areas were decadent and beautiful and everything you’d want from a cruise liner, but steerage would have been hell. The sheer noise of 100s of people, the engine, kitchens, animals and general sea noises would have been just horrific. But if it got you somewhere warm and new then it would have been worth it. 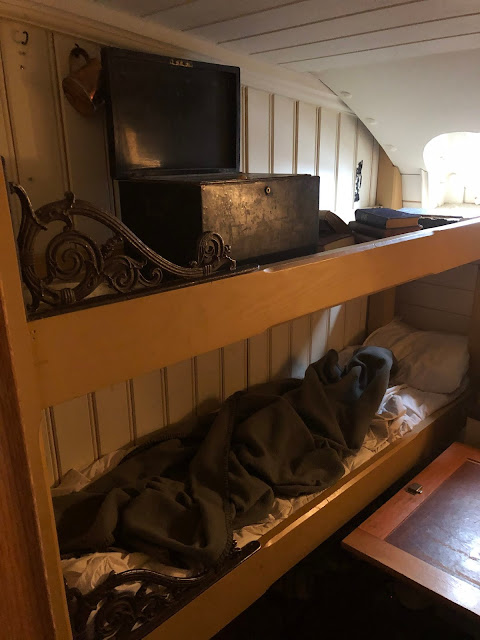 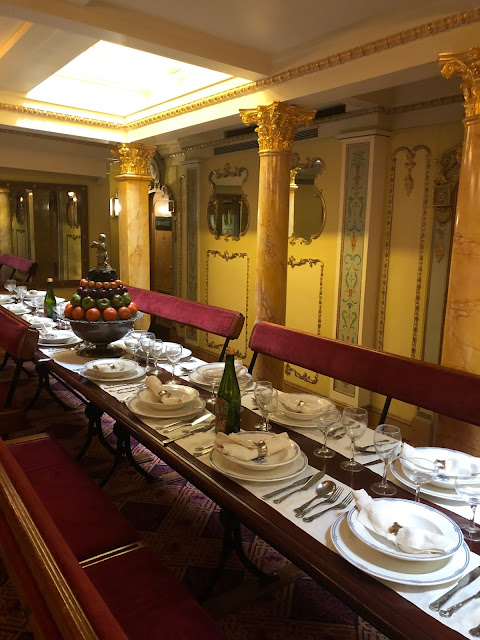 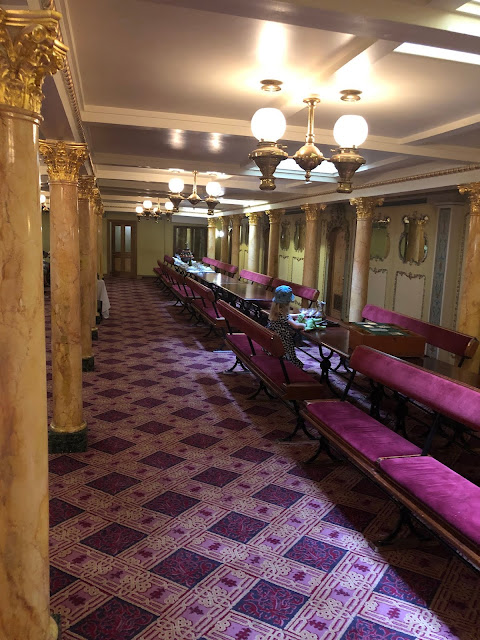 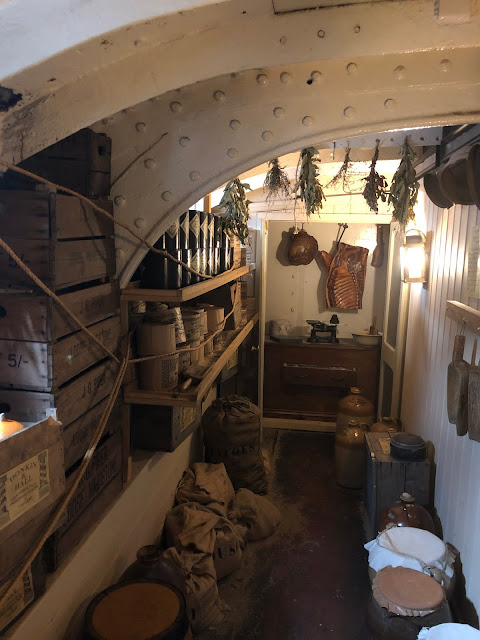 My children were really in awe at the sights and smells the boat had to offer, my son picked up a card that said he was the captain so he was showing us around the whole time. It really got their imagination going and it was really great to see that there was no need for technology to make this the immersive experience it was. Learning about what life was like back in the 1800s was interesting enough, throw in the realities of emigrating to new lands made it even more exciting.

Afterwards we headed back to the upper deck, tried to figure out why the wheel to steer the boat was facing backwards and then headed back down to the docks to explore some more. 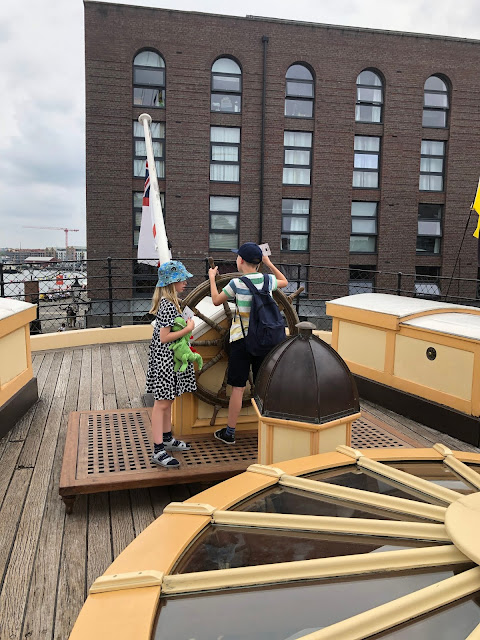 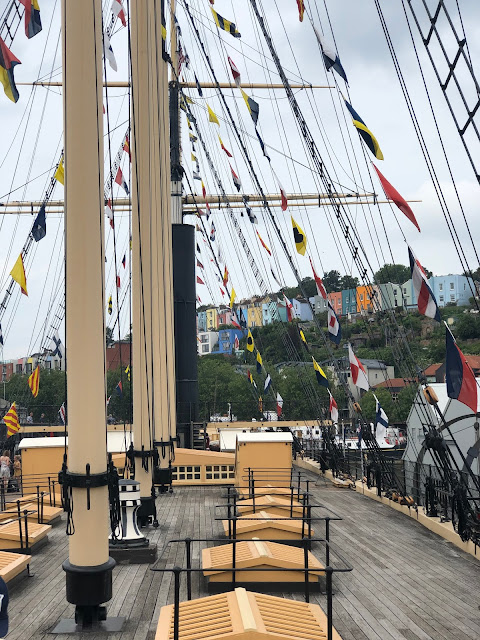 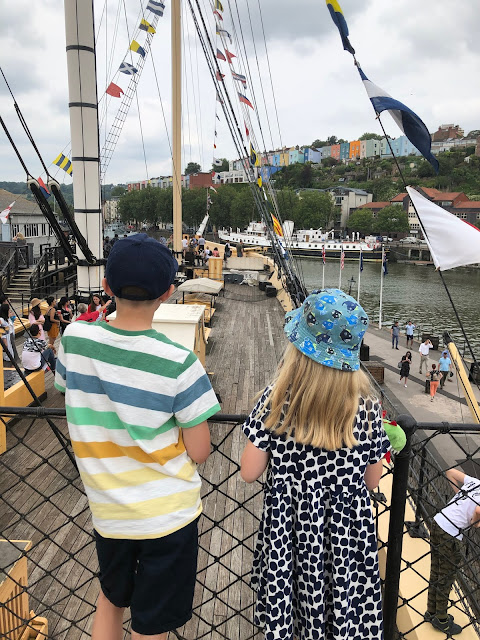 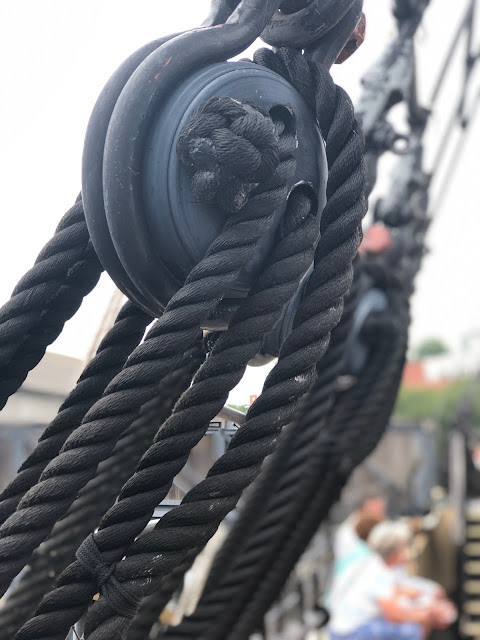 There is a café within the grounds of the shipyard, which was ample enough for our requirements but should you need more there is a larger café outside and with your ticket allowing re-entry it meant you could get out and back in.

We finally went and had a look in the Being Brunel exhibition, it seems that during history lessons we learn very little about this man, I remember visiting Iron Bridge when I was younger and so knew who Brunel was and how important he was but that’s about it. To learn about the man himself was very interesting and I think more should be said about the personality of this man and how despite what people said he forged on with his inventions and ideas. 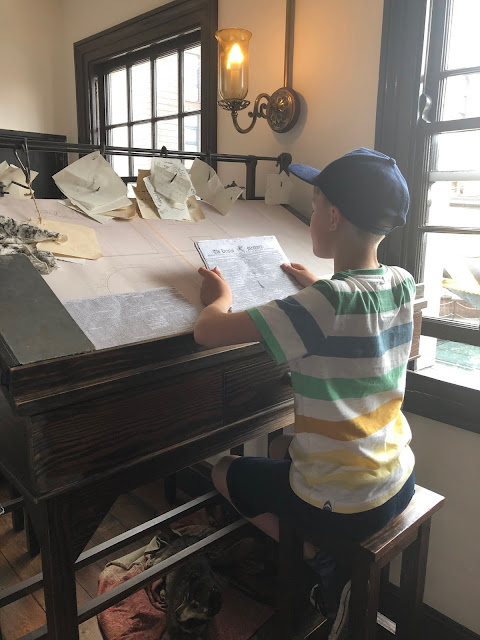 Tickets for the SS Great Britain are £17 for adults and £10 for children aged 5-16, under 4s are free. Even better your ticket is valid for a year so you can come back again should you not manage it all in one day. Perfect if you are staying in the area or are a regular visitor to Bristol.

Most of the site is wheelchair accessible which I think is wonderful and so it can be enjoyed by everyone.

We we given three tickets in return for this review, all words and opinions are my own.
boat bristol brunel children daysout daysoutwithkids harbour history kids learning somerset ssgreatbritain things to do todo west country