on February 12, 2013
I have noticed this more and more recently, charity shops are ever increasing their prices.

What once would have been a few pounds is now £7-8, some things are just sat on a shelf week after week when I go in. One shop had a tea service in for about 5 months before it was either sold or got put away.

So my question is this, rather than have stock hanging about for months because it is overpriced wouldn't it be a better idea to sell the good stuff on ebay or send to auction and then sell everything else off quicker and cheaper.

Stock becomes stagnant and if it is the same old stock time and time again I stop going, plus if they are intent on being greedy then the money isn't coming in and the charity is missing out.

After all I am sure every penny and pound is needed, so is not better to sell 10 plates at 10p than none at £1 each?

With money so tight these day's that impulse buy is a thing of the past, before I might have bought something to find a home at a later date, now because they are so expensive I will walk away.

So charity shops, you are being given these things for free, anything you make on it is profit so is it time you stopped being greedy and waiting, hoping someone will buy that overpriced bit of china and instead accepted that you will get less and instead take half of what you would of liked.

If I see you have lots of stock I probably won't be giving my next lot of hand me downs to you, but if you are selling lots, you can have that next bag.

Using ebay as a pricing guide is only good if the things on there actually sell, are shop staff simply looking at buy it now prices or inflated starting bids, for items that never sell?


As one guy I overheard the other day said, it is worth that I checked on the internet and that is what they cost, fair enough I thought but surely something is only worth what someone will pay for it.

Would love to hear the thoughts of others on this. 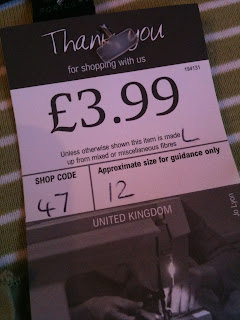