on September 03, 2013
On our recent holiday in France we mostly had good weather, on the one day it was a little overcast we decided to visit an Ostrich farm.

Whilst there we were not only presented with lots of animals but a sensory trail which was absolutely fabulous.

As you walked through the trees you got to try out your five senses, this first area was for sight.

There were several viewing stations where you could look through the trees, second was this tube filled with hama beads and then lots of smaller objects that you could see as you rolled it back and fourth.
Next was sound, several wooden objects made up the area,the children really loved it and had fun being part of a woodland band. 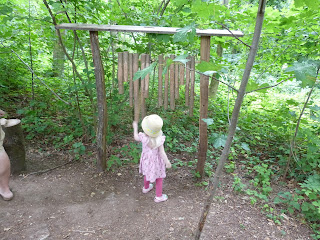 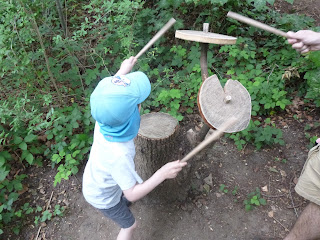 Next was smell, each tree trunk was hollowed out and then herbs and spices were placed in them and you had to guess what they were. 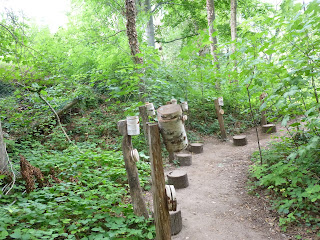 Taste were different herbs but we just guessed them from looking at them and smelling. 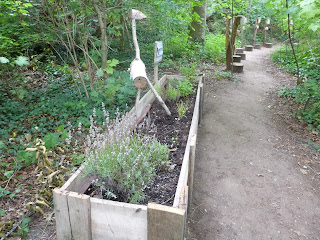 Next was touch, you had to put your hand in each box and feel what was in there, a very weird sesation not knowing what was in them. The worst was probably the coal as we all ended up with rather dirty hands. 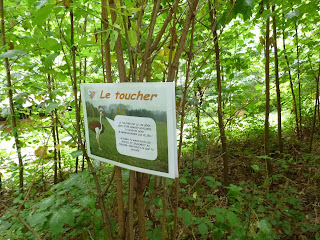 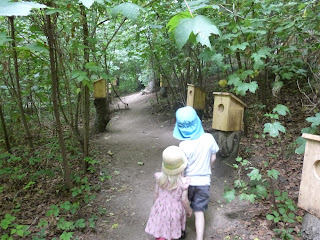 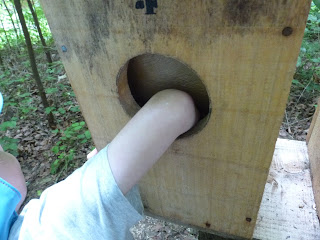 Finally and although this sounded great, with two small children we decided against it, A path where you took your shoes off and walked over different things, coal, bark being just a few of them. 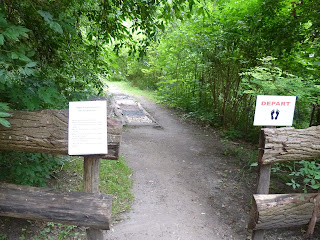 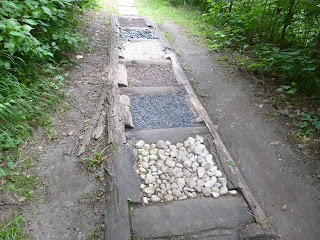 This was a great addition to the farm which we had a lovely time walking round with the children, they were particularly drawn to the Ostriches which were really endearing . 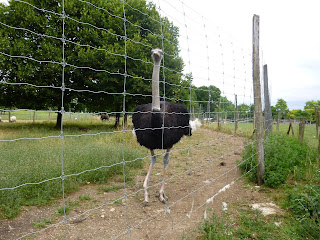 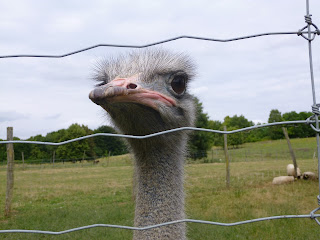 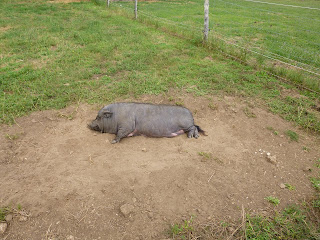 I am linking up to Country Kids over on Coombe Mill