on May 09, 2015
Last week, we went to see the magic that is Disney on Ice. It's the first time we have taken the children to see anything on ice and it won't be the last, the magic, speed and atmosphere was just amazing and we all had a fantastic time. 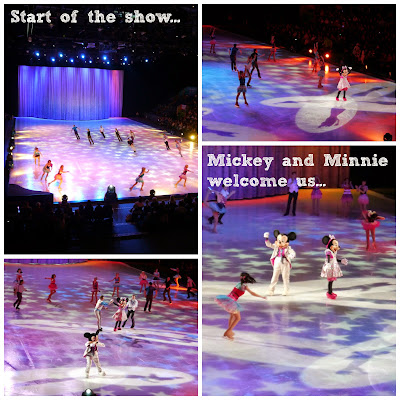 Starting off with The Little Mermaid, the songs and theatrics dazzled, with Ariel spinning from a rope in the centre of the ice. I had forgotten how moving the songs from The Little Mermaid are and I have to admit I had a tear in my eye as I sang along to the songs (sorry to anyone next to me) 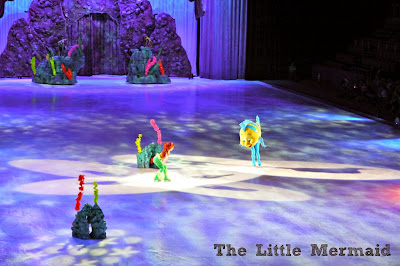 Next up was Rapunzle from Tangled, we love this film, it is beautifully sweet and the characters they chose to use had something for everyone, including my seven year old son. It wasn't completely princess related and with Maximus the horse and the the pub thugs playing a huge part it really was great fun. 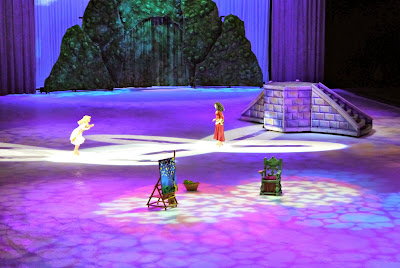 After the break, we went on to Beauty and the Beast, a beautiful classic which I was looking forward to, with some wonderful characters including Lumiere, Cogsworth and Mrs Pots it was sure to be a visual delight and we weren't disappointed.

I expected the children to be a little scared of the Beast but they weren't, instead with the excitement of the ice skating they were in awe. 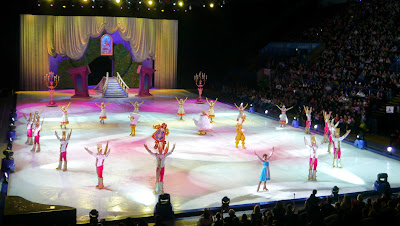 And finally, on to the moment we had all been waiting for, you could almost feel the anticipation for this part of the show, especially with so many Anna's and Elsa's in the audience.

Frozen was as exciting as I'd hoped it would be, with my daughter not quite sure where to put herself with all the excitement, Elsa's ice skating skills were brilliant and it was amazing that just one person on the ice could bring such magic. 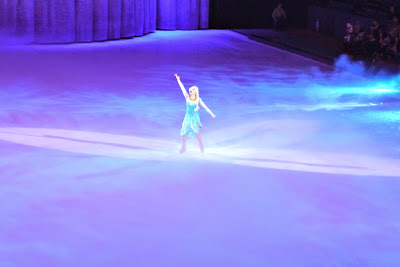 The much loved Olaf brought the biggest cheer of the evening as well as some colour and magic to the ice, absolutely brilliant! 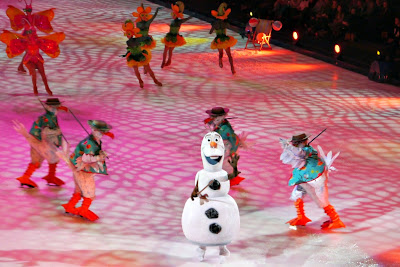 Sven and Kristoff were so lovely, quite how the ice skaters inside managed to make Sven act so real is beyond me, but they were great. 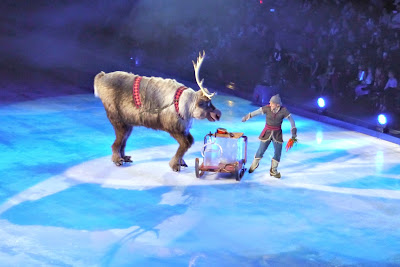 Now that we know both children love something like this, we will definitely be back to watch another, I was worried that the dark arena would be a little scary for my four year old daughter and when she'd seen other pictures she said the same but in the end it was fine. 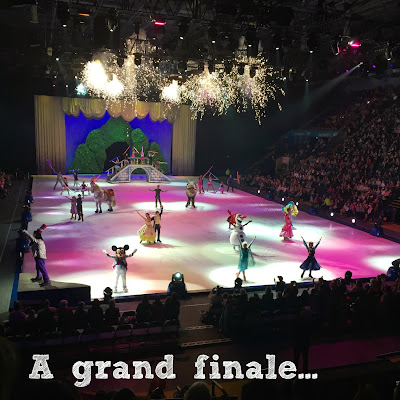 My daughter said that she like 'everything' apart from the part with Prince Hans was about to kill Elsa, which I think is fair.

My one gripe about the show was the cost of the merchandise, £8 for a small Disney bag and some popcorn is a little much, but it's the same wherever you go so was expected.

There is still time to see this magical show as it is playing at Leeds First Direct Arena from 13-17th May, for more information check out the Disney website.

NB: We were given tickets to attend the show, all pictures and words are my own.
arena children daysout disney frozen ice kids nottingham review thingstodo