on July 20, 2015
At the weekend, we were invited to Clumber Park, to explore the grounds by bike and enjoy some of the facilities on offer.

When we have visited previously, we walked around the pleasure grounds near the chapel and played on the woodland play park, so the cycling was a first for us, not just here but I don't think I had even sat on a bike since I was about 12 or 13! 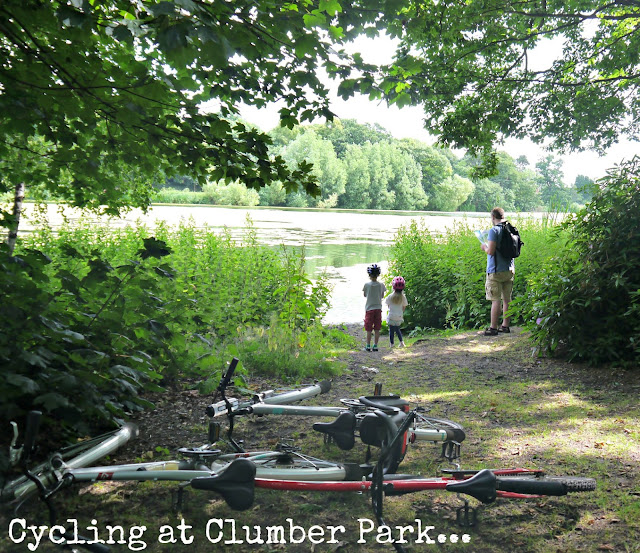 After parking the car, we headed first to the cycle hire centre, where the staff kitted us out with bikes, helmets, a lock and a map of the cycle routes, as well as offering advice on which route to start off with and where not to ride.

As the children do not ride, my husband had my son on a tagalong bike and I had my daughter on a seat on the back of mine. It was a bit wobbly at first, but got easier as we went along. Traveling by bike meant that we got to see parts of the park that we had not seen before. Past the village of Hardwick, on the other side of the lake, there are fields, full of butterflies, insects and birds of prey, it was wonderful to be able to stop and look at these. 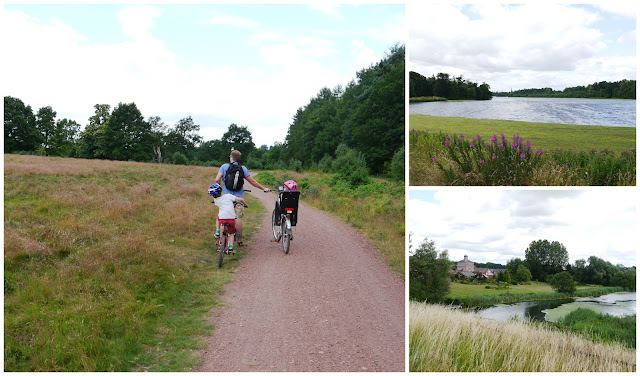 The view from the other side of the lake is amazing and I am quite sad we haven't seen it before, it is definitely a walk or ride we will be taking again. The cycle paths are flat and steep in equal measures, though if you don't mind dismounting, then you can follow the flat path along the edge of the lake.

With the kit Clumber Park gave us, we had binoculars and bug spotting kits so the children enjoyed being able to spot the wildlife across the lake and beyond. 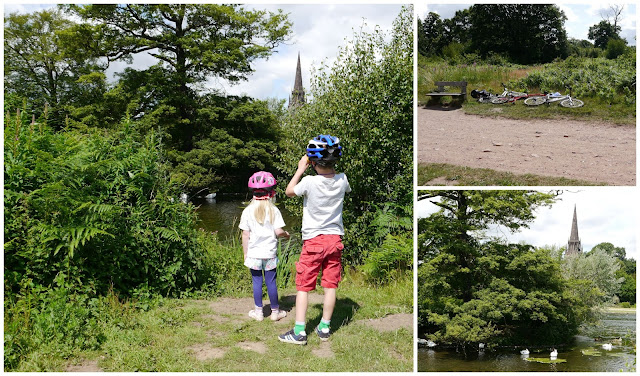 After we'd been round once we stopped for lunch, there was a short wait for lunch from the restaurant itself so we opted for the BBQ outside.

My daughter chose the child's lunch box which contained a freshly made sandwich, mini cheddars, cheese and crackers, yoghurt, biscuits and a drink, not bad for £4.50. I had the pork cob, hubby had the burger and my son had the sausage cob, with two portions of chips and a couple of beers it came to £31, it certainly filled us up for the rest of the day. 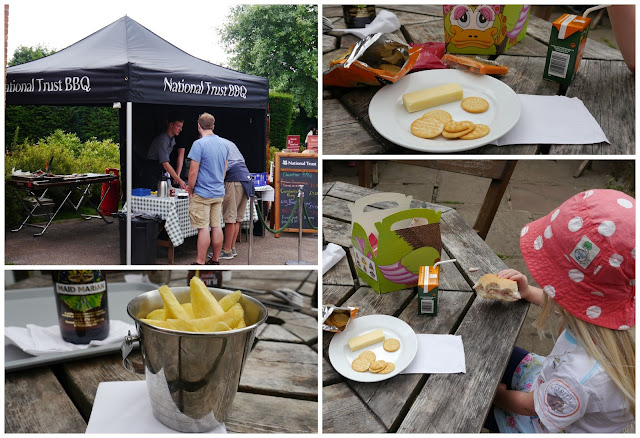 Afterwards we payed a visit to the second hand bookshop and the discovery centre, this is a great little spot to chill out with lots of space to explore, sit and read, learn and play. After another cycle round the lake, we headed up to the walled garden, you have to pay to get into this area unless you are a National Trust member, it isn't much though, it's free for children and then £3.65 per adult without Gift Aid.

You could spend a good hour and a half  to two hours in the garden and they run talks and tours too, as it heads towards the summer holidays they also have lots of activities for children with the new Sunflower Alley opening this week. 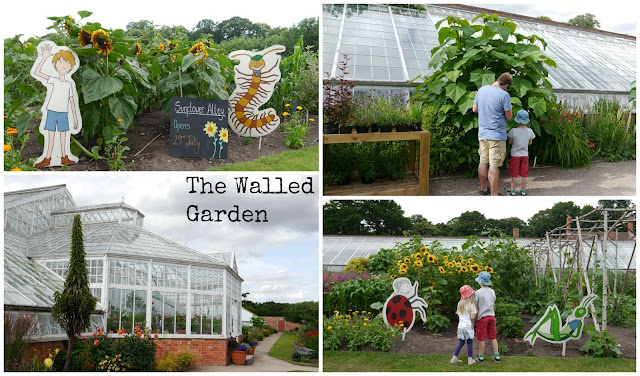 There are so many beautiful flowers and areas to explore in the gardens, from the fruit and herb gardens to their many varieties of rhubarb. It was great to be able to get up close and personal with so many different plants, many of which we hadn't seen before. There was a bug house kit in the bag of goodies we were given so we took a look at the ones in the garden, which made the children excited about making this. 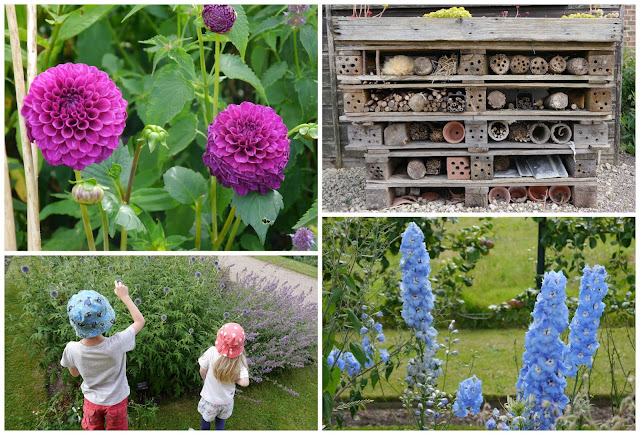 We really had an amazing time at Clumber Park, getting to see so much on the bikes was great and although my legs ached for days afterwards, it was by far the best way to see and explore. As a final treat before we left we headed over to the cricket pitch where there was a match on, we had an ice cream and then took it in turns to fly the pocket kite from the gift shop.

These things are normally something we might overlook in the shop, but actually they made our day out that little bit more special.

Clumber Park is a great place to visit this summer with so much to offer, see and do whether it is just to kick a ball around, go exploring in the woods or go biking round the lake.

NB: We were given free entry to the park, cycle hire and meal voucher to form this review. All opinions are my own.