Hare and Tortoise at the Nottingham Playhouse - Review

on December 20, 2015
This weekend, we were invited to review the Hare and the Tortoise, which is currently playing in the Neville Studio at the Nottingham Playhouse.

An adaptation of the classic Aesop Fable, this story tells of the forever in a hurry Hare and the slow and thoughtful but much slower Tortoise 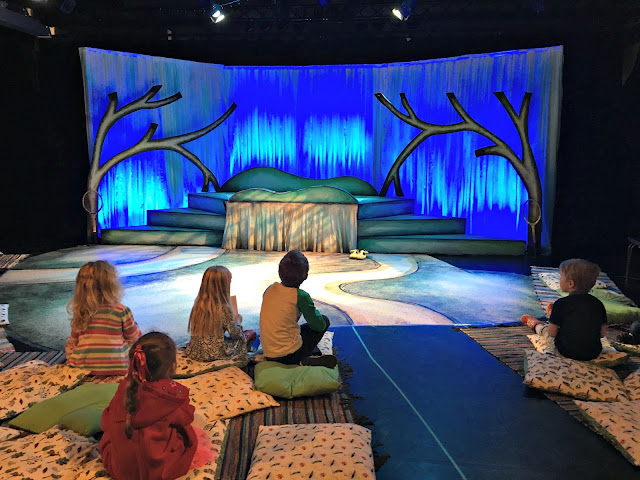 The show itself is a beautifully written adaptation of the story, two friends on a journey through the seasons, with the hare desperate to race against the tortoise.


In contrast, the tortoise wants to enjoy the days, taking in spring, summer and autumn before she goes back to hibernate for winter. Adam Horvath who plays the Hare has some wonderful expressions that had the children laughing from the start, getting them to interact to try and wake the tortoise up. My husband likened his cheeky habits and face pulling to Rik Mayall in The Young Ones. Along side Adam, is Elizabeth Eaves who plays the sleepy and clever tortoise, an endearing character which had us all smiling as she kept telling the tortoise that 'maybe' they would race soon. She was even drinking tea at every stop, well why not when you've been asleep for ages.

When asked what their favourite parts were, my children said they loved helping to make the waves of the sea and although were disappointed not to be chosen to participate any further, the constant interaction with the characters as they walked around the studio made up for this and it was a wonderful way to make the show feel a lot bigger than it was.

We've been to several plays now with the children, including some larger ones but I have to say that this was without a doubt my favourite, the huge smiles on the children's faces when it finished were a credit to both Elizabeth and Adam's acting.


This play is perfect for this time of year, telling us to stop and enjoy the little things rather than rushing through life and missing the things that matter.

We had a wonderful time watching the play and colouring in before hand, I hadn't realised before that the Playhouse did this sort of thing, but now I know about it, we will definitely be back to watch more. A great rainy day activity for all of the family to enjoy. 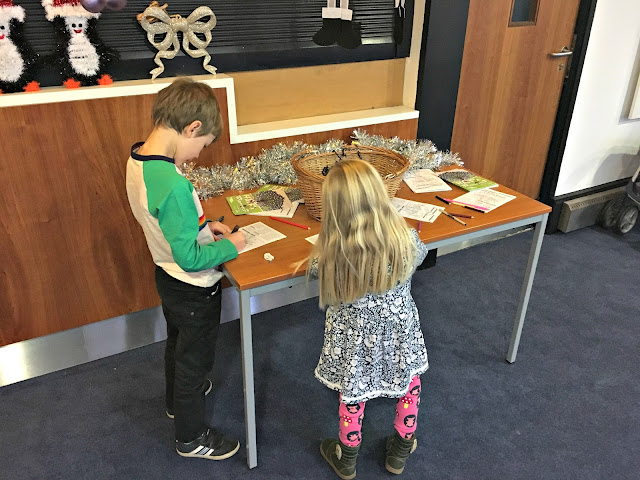 The show is aimed at 4-8 year olds and I think this is right age bracket, my daughter is four, almost five and my son is seven and a half and it was perfect for them both.

The Hare and Tortoise is playing until the 2nd January and with it only being an hour long it means you can fit it in as part of a day out in Nottingham, they can validate your parking as well, so that it costs only £5, with two showings per day, this is a great way to start or finish a day in town. A family ticket is £28 or the tickets are £8 for children and £10 for adult so it doesn't cost the earth.

NB: We were given a family ticket to attend the show, all words and opinions are mine. Photos are mine unless stated.
aesops fables childhood christmas days out daysout kids nottingham playhouse story theatre things to do thingstodo