on March 21, 2016
We were recently invited to try out the new Pieminister restaurant in Nottingham, a welcome addition to Nottingham’s blossoming food scene.

The industrial interior was interesting, with a mix of booths and tables filling the space, an open bar at the back and then a food counter near the front. 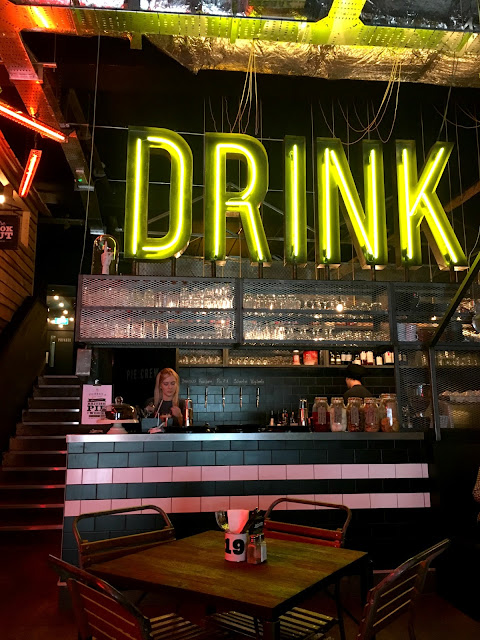 We were seated in front of the bar, now normally I am all for mood lighting, however we were seated under a red light. Not only was it difficult to photograph my food, but it also made it a rather strange eating experience. With the food looking red, it meant I couldn’t really enjoy the colour of the pie and side dishes that were served with it. So I apologise in advance for the photos, they are not my normal quality and don't represent the food at it's best.

We chose to have some of the pimp up your pie options which they kindly bought as soon as we ordered, some yummy halloumi on a stick, as well as chorizo and some pigs in blankets, the pigs weren't really that great, I would have preferred them to be nice and crisp and they were a little bit cheap tasting, my son ate still ate them though.

The main event however, was delicious. I opted for the Wild Shroom Pie, one of their vegetarian options. The pie was filled with mushrooms, asparagus and a creamy white wine sauce which was really tasty. The white wine flavours come through well and there were plenty of mushrooms. I opted for a side salad and their homemade slaw, I'm not sure what was in this but my it was the tastiest slaw I've ever had. 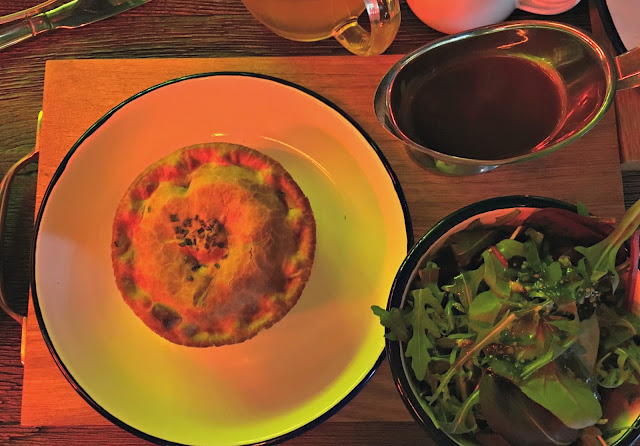 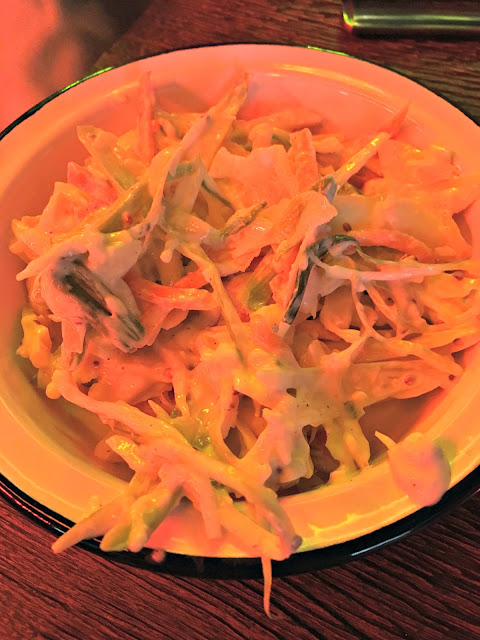 Some of their other veggie options sound equally as delicious and each Monday they offer 50p off their vegetarian pies as part of Meat Free Monday. So if you fancy a try of one then this is certainly a bonus on a Monday.

My husband went with the Chilli Con Carnage pie, his first comment was it was weird as you don't normallly expect a pie to be filled with chilli and spicy. But he really enjoyed it, served with chips and mushy peas. The chips were nice and crisp and the mushy peas were well mixed with mint sauce, nothing upsets me more in this world than mushy peas without enough mint sauce.

For our children, we chose a pie for them to share off the main menu, however there is a children's menu serving the likes of mac and cheese, cottage pie and fish pie, but since we were there for pie they chose the Moo & Blue pie which was a combination of beef and Long Clawson stilton. 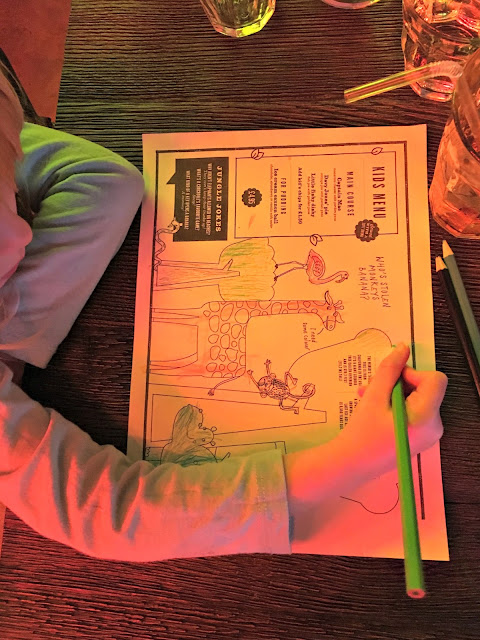 They chose sides of chips and mash, purely because my daughter wanted mash and my son wanted chips. The skin on chips are really tasty, however my daughter didn't like the mash, it was an off day and I forgot to try it to find out why she didn't like it. My husband who hates mash made by anyone but himself also didn't like it, this is an honest opinion but maybe not a realistic once since we had two fusspots on our hands.

Each plate or bowl, gravy boat and side was served on a plank of wood, this looked great however it meant we all struggled to eat on a smallish table with four of us, we had to remove one of them from the table in order to fit everything on. It felt quite cramped and to be honest didn't really add anything to the dining experience for us.

My husband and I both had one of their fantastic selection of beers to drink, served in pint pot style glasses.

For a Saturday the restaurant felt understaffed, it is however early days and we will be keeping this on our list of places to visit with a pie and two sides coming in under £10 it is a great hearty meal and all of us certainly enjoyed the pies. They also offer a few Gluten Free options in the form of hot pots, which sound delicious and I will be trying one of those next time.

NB: We were given vouchers for a pie feast (pie and two sides), we paid for the beer and extra sides ourselves. All words and opinions are my own, pictures
beer eating eating out food nottingham pie pieminster restaurant review