on June 16, 2016
If you have a young child in your house who is interested in all things nature, then you will have probably heard of the thrill seeking adventurer that is Steve Backshall. He has been a bit of a hero in our house for some years now, with my son watching and re-watching every episode of Deadly 60 as often as possible.

So when we were sent some t-shirts from the lovely guys at Mountain Warehouse a few months back, which not only had a wolf on but were from the Steve Backshall range, it seemed like life couldn't get better for him. That was until they invited us to meet him at their Fulham Broadway store last Saturday.

Donning his favourite wolf t-shirt, we headed on the train down to the big city, we got there early so the wait for him was agnoising, eventually, I relented and went to the store. The staff met us and said he'd popped for a coffee so we had a look round the store for a bit and then took our places and waited with the other adults and children there. 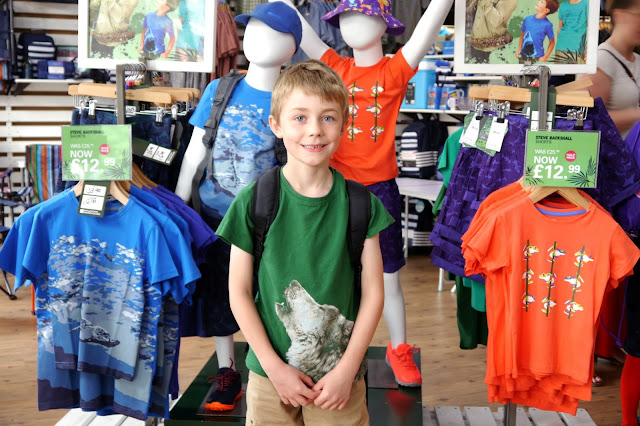 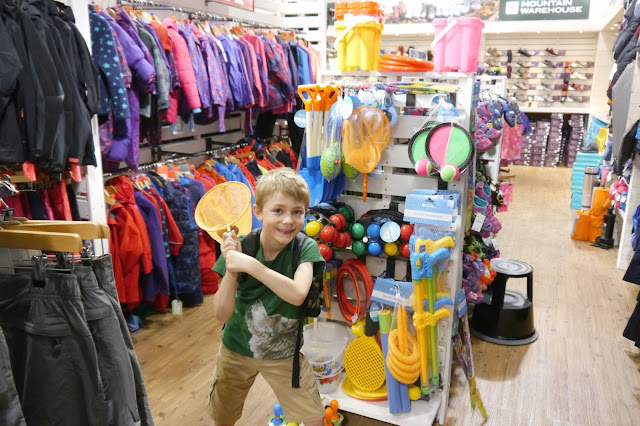 The other children with us had all entered and won a competition with Steve and Mountain Warehouse in the prior months and had been chosen to come and see their idol.

As he walked in and greeted everyone, a sea of smiles and excited faces erupted, both from the children and the adults, for us all to see our children with such excitement on their faces was a wonderful experience and I am not going to lie, I am a huge fan of his too, his kind and playful nature has always made him easy to watch and he has given my son so much focus on, so what’s not to like.

We weren't entirely sure what to expect but with a box of some interesting looking creatures in the room, it was clear we were in for a show. He introduced himself to all of the children, asked their names and put them all at ease.

The first critter he bought out he hadn't expected anyone to know what it was, but I knew it was in one of my sons favourite books so I gave him a nudge and he was the only one to put his hand up, he confidently told him it was a whip spider and Steve was amazed that he knew. Even more amazed that he knew where they lived, it is this kind of knowledge my son has learnt from watching Steve's shows and reading his books. 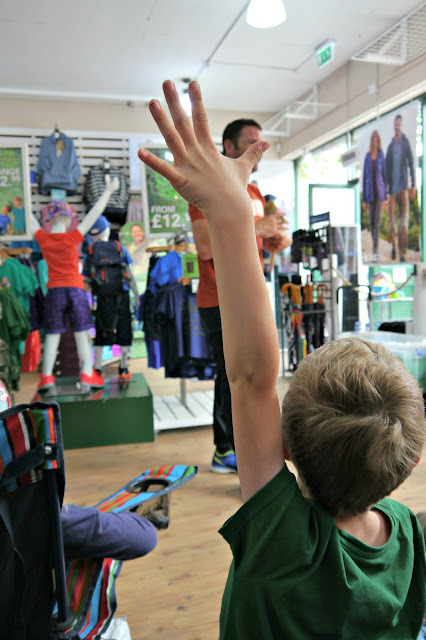 Following on from this we got to see a Corn Snake, Scorpion, Chilean Rose Tarantula which I got to hold, a Blue Tongued Skink, Bearded Dragon, Carpet Python and King Snake (at least I think that’s what it was). 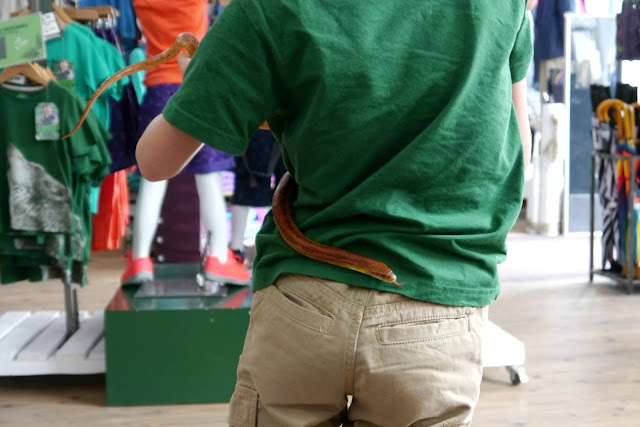 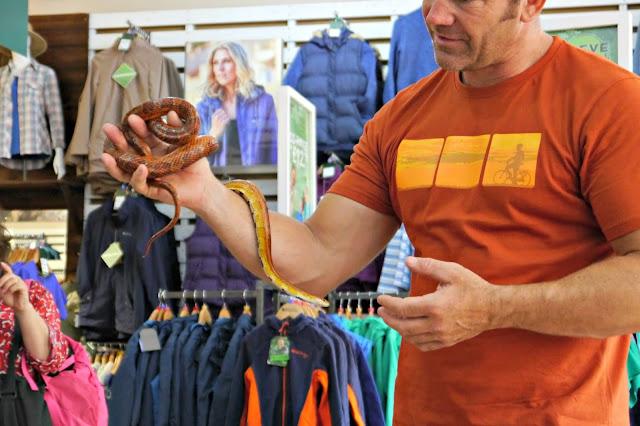 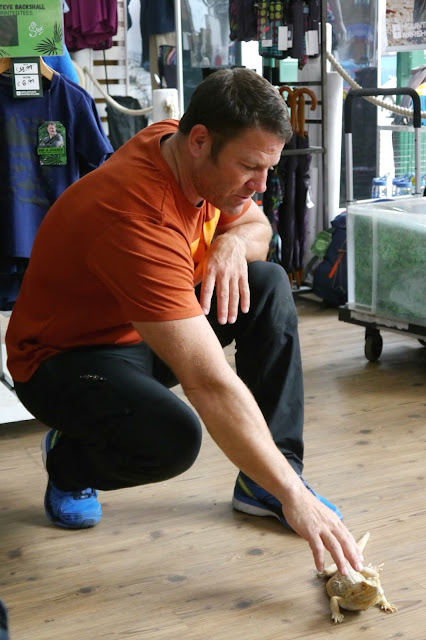 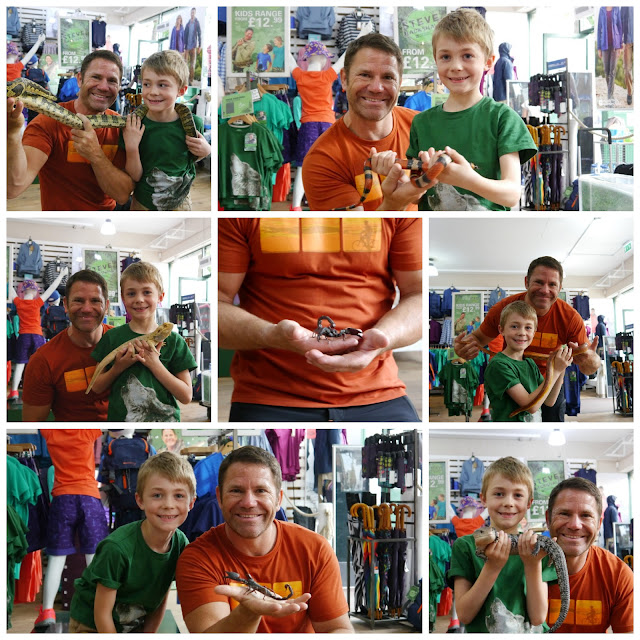 Even with so many animals to discuss and talk about, the time seemed to go so quickly and when it came to the end and Steve asked if anyone had any questions to ask him, the hands went up. My son had a few that we'd prepared (that is the blogger in me) and Steve duly answered each one.

He did some book and t-shirt signing with his amazing signature, and I can't help thinking that it comes back to haunt him at these things ;) 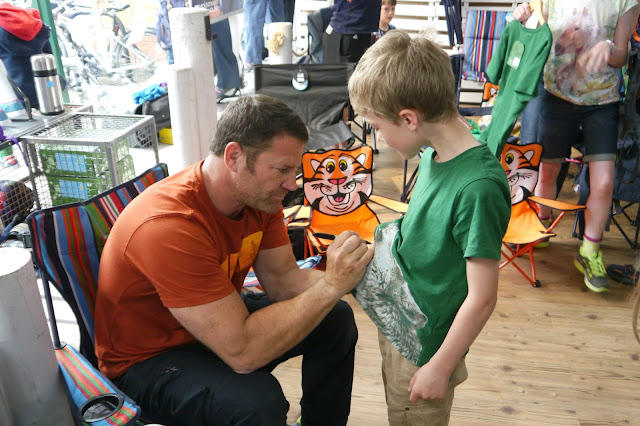 He stopped a while longer to chat to both the adults and children, I couldn't help but tell him how much of an impact he's had on my sons life when it comes to the love of animals and the outdoors.

I wasn’t telling him this to give him an ego boost, I was telling him this because he had done the job he had set out to do, inspiring the next generation to adore animals the way he does, to protect them and to be interested in them and their welfare, to not be afraid of them just because they are deadly.

We live in an age where the internet and information is much more accessible and hopefully the children of today will have a greater understanding of why animals do what they do, like us, to protect themselves and their species. 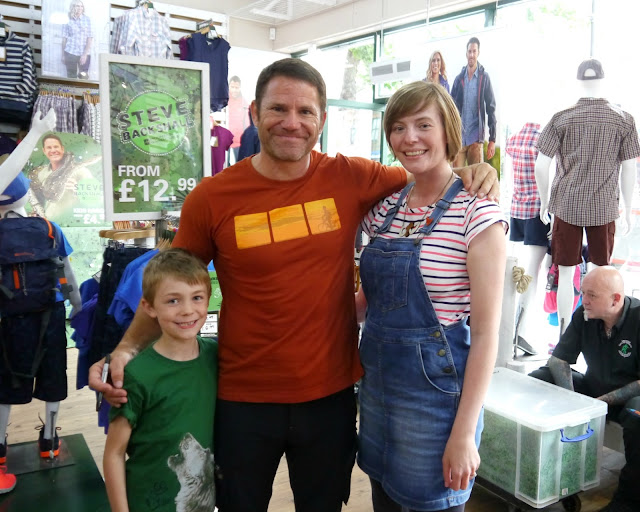 If you haven't seen the range at Mountain Warehouse, then I highly recommend taking a look, with everything from shorts and trousers, to t-shirts, backpacks and water bottles this range has something for every animal loving Steve fan. 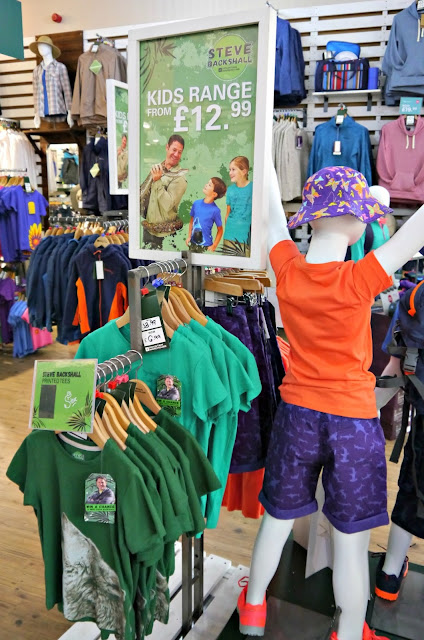 And a huge and I mean huge thank you to Mountain Warehouse for inviting us down to meet Steve, it was such a privilege, and Steve on the off chance you read this, thank you so much for being such an inspiration, we look forward to seeing you on your tour in October.
animals critters deadly60 mountain warehouse nature snakes spiders steve backshall stevebackshall