on June 07, 2016
For the last few years, we have made a special effort to visit local farms for Open Farm Sunday, not only is a it a great way for the children to see what a real farm is like but it is also a great way to support British farmers. 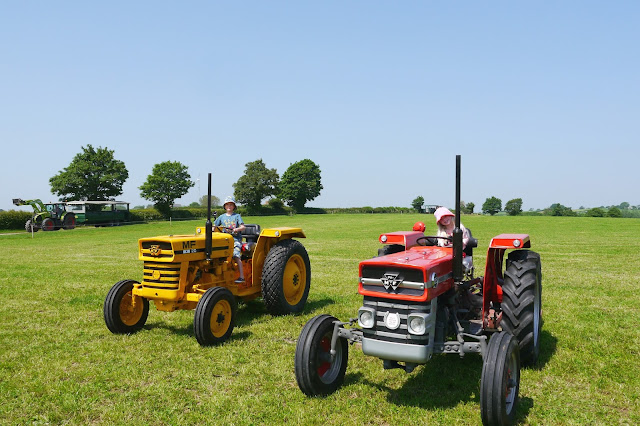 This year we headed up to our local dairy farm, The Real Milk Company. They are a fabulous family run farm based in Halam, Nottinghamshire and with a strong heard of Montbéliarde cows, they are GM Free and are currently converting to being an organic farm.

With tractors on show from local farms, local ice cream from Thaymar Ice Cream and bread from Hambleton Bakery there was plenty to do whilst you waited for a tractor ride.

I think it is safe to say that everyone loves a tractor ride, so we hopped into the trailer for the short trip up to the main farm, whilst we were on the tractor, we were given a quiz to complete which we could hand in at the end of the tour for a prize. 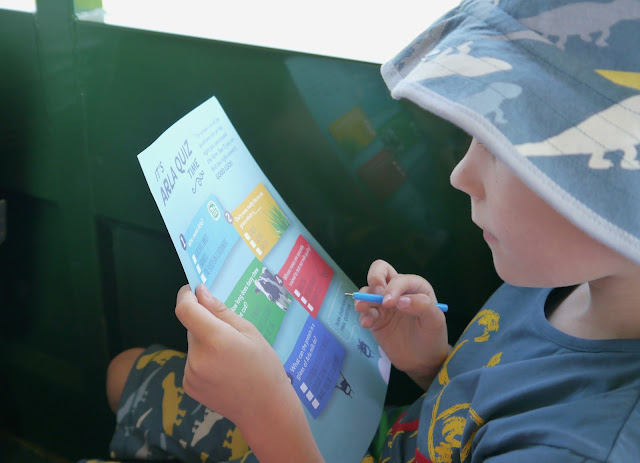 Once at the top, we were greeted by some cows which had been kept in for the day, as well as some of the mama cows who had just given birth or were waiting to give birth. Including the rather beautiful cow which graces The Real Milk Company's logo. 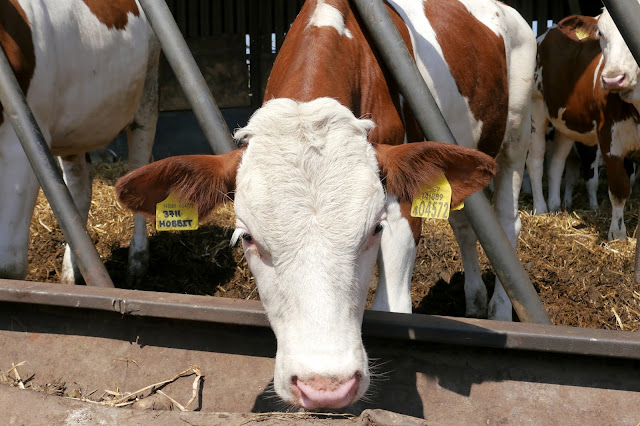 Since I have spoken about The Real Milk Company a lot over on Twitter, Facebook and Instagram, the farmer Ian said hello, it was nice he recognised me and we got chatting about the farm, what is happening with the organic certification and all about the cows and farm life surrounding them. It was fascinating to hear all about them and how they spend their day, as well as some other interesting facts such as, the tanker driver is the one who checks if the milk is ok, he lifts the lid and makes sure it doesn't smell off. 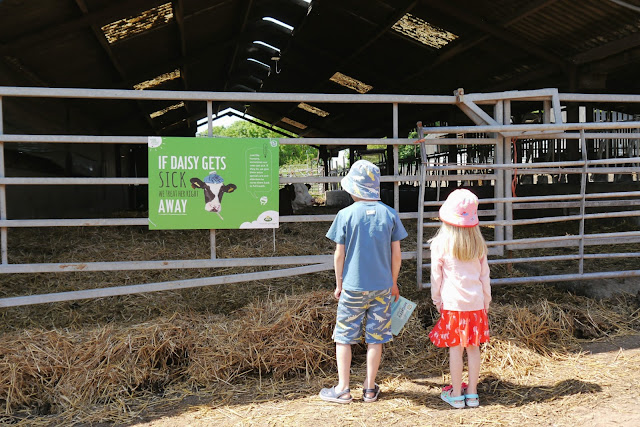 We also got talking about the price of milk in supermarkets and the very small amount farmers are given per litre, on average they get 19p a litre, 19p! It is heartbreaking considering the hard work and dedication the farmers go through to produce this yummy white stuff, but for Ian, his son Tom and their family, they continue to farm as their family have done for years before them.

After we had chatted for a while, we headed round the rest of the farm, there was a tanker which allowed us to see how the milk is transported as well as lots more calves which I think you'll agree are just the cutest. 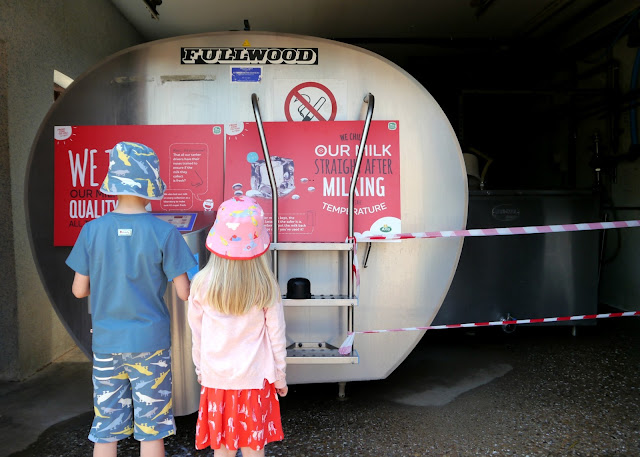 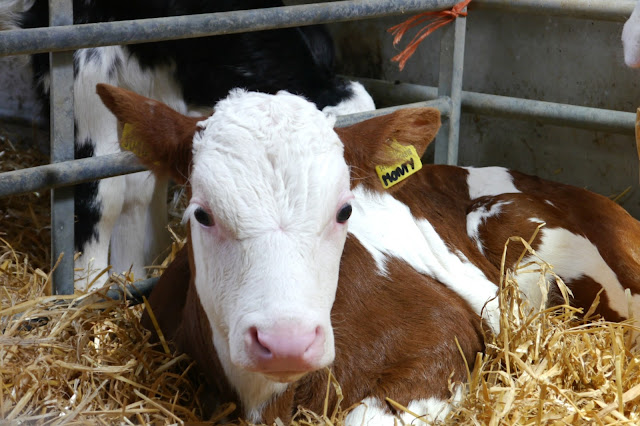 We had a milkshake made with the farms milk and since we already drink it, I knew it would be amazing and it was. After some hale bale climbing fun, we decided to walk back down to the car rather than get the tractor back. It was such a lovely day it seemed a shame not too and it meant we got to get up close and personal with the cows themselves.

Most of them were more than happy if not eager to have their photo taken and they are just such a beautiful animal that it was a pleasure to do that. 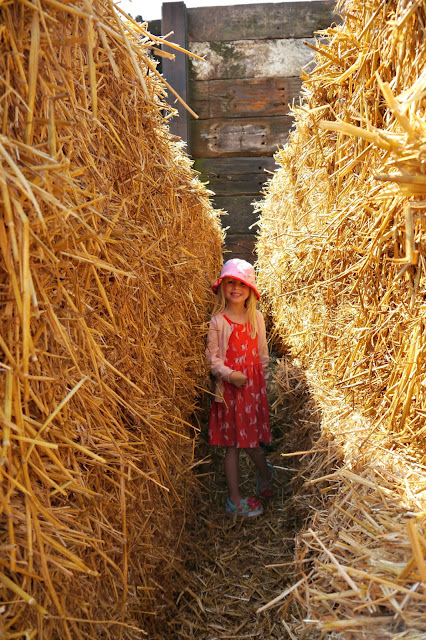 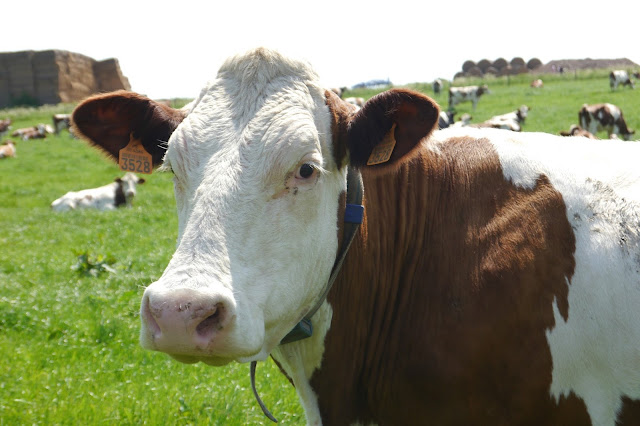 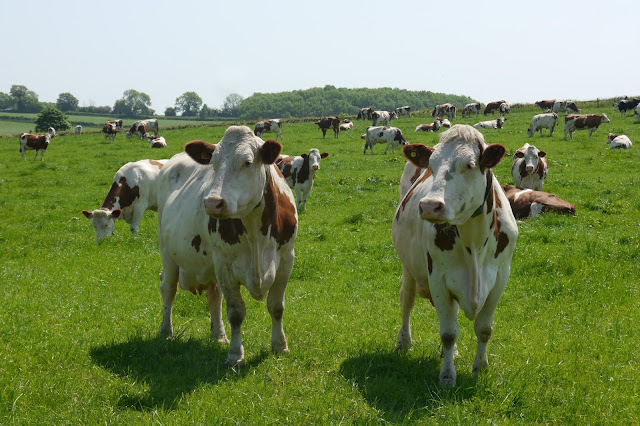 When we got back to the beginning we answered the final few questions and the children got their goody bags from the kind people at Arla. 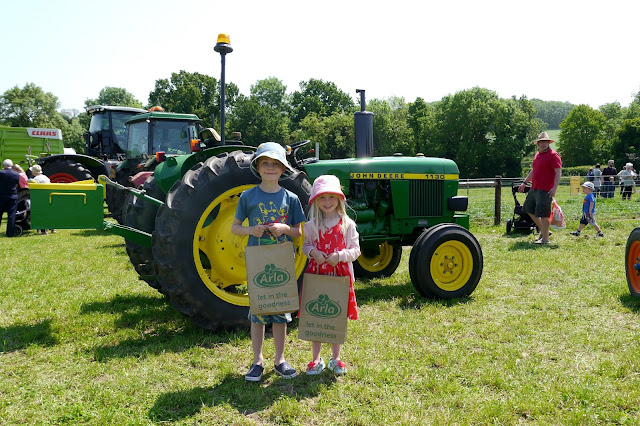 Did you visit any farms for Open Farm Sunday this year? I'd love to see your story if you did.