Intelligent Waste with the Totem 60 from Joseph Joseph - Review

on July 22, 2016
When we moved into our new house our grubby old bins came with us, we'd had them for years and although they were cleaned, time had taken its toll on them. With two separate bins, one for rubbish and one for recycling we had to keep one in the garage and one in the kitchen, it wasn't an ideal situation.

So when Joseph Joseph asked me if I would like to review one of their Totem Intelligent Waste Systems I obviously said yes, anything that meant I didn't have to go through two doors and back to put something into the recycling bin!

The bin has a sleek design and being square, it fits more neatly into our kitchen than the old round one did. The Totom 60 is available in several different colours but since our floor and units are white, we went with the white and silver option. 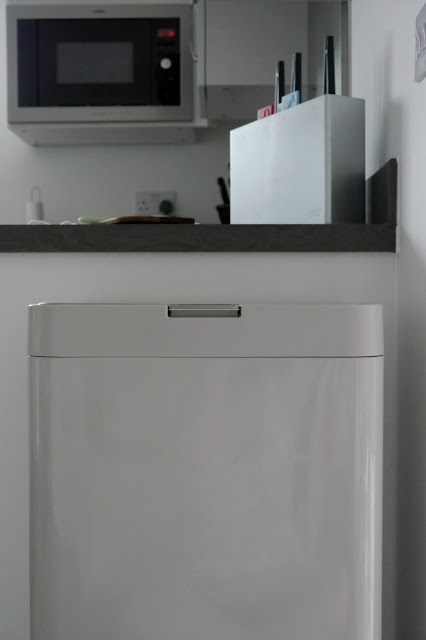 From looking at the bin, it is hard to see how it is bigger than our old one and I expected we'd be emptying it more, however it does have a big capacity for rubbish, something I think is helped by it being square rather than round, so I have only been emptying once, twice at the most a week, although we don't really make a lot of rubbish anyway.

The recycling section, although not as big as what we used to have, is plenty big enough to hold most of what we make and is emptied every few days, the biggest plus point for me though is having the rubbish and recycling all in one place.

The simple slide out door of the recycling section means I can lift out the box and pop out to the bin with ease, it can also be split into two sections meaning you can have paper in one and glass in the other. The top section also has a handy food scraps box which sits in it, great if you have a compost heap, and with the lid having an odour filter, those nasty smells don't escape into your kitchen. 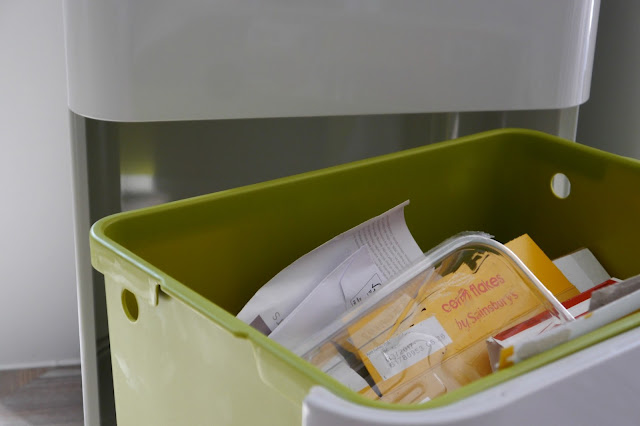 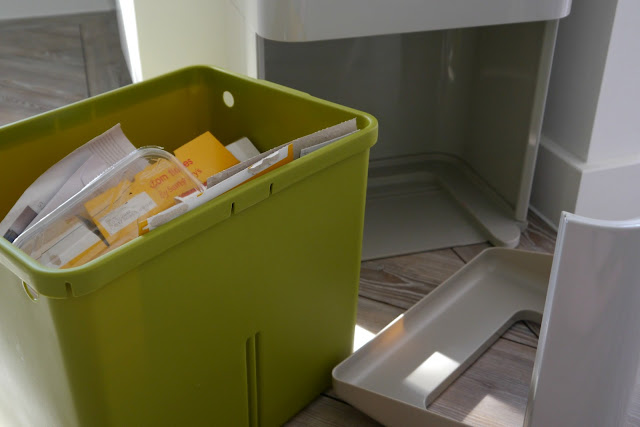 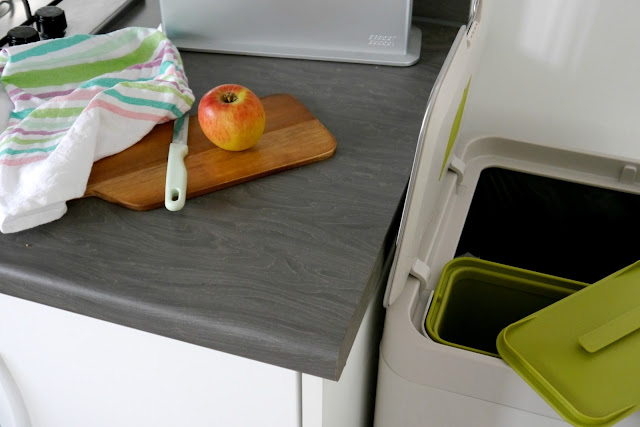 With our old bin, when you put a bag over the inner section as you slid it down into the bin itself the bag would unhook itself and wouldn't quite be a snug fit, and on removal it would always seem to rip as you tried to remove it from the bin, with this the lid is such that it fits over the edge of the inner bin and you don't have any problems on placing into the bin or on removal.

It really is intelligent waste, with nothing in its design that I would change, my husband has a different view and he would prefer a foot pedal, for me though this was always one of the worst places for dirt and half the time it wouldn't lift up or would fling the lid back against the kitchen wall. This has no nooks and crannies for dirt to get trapped in, making cleaning easier and more efficient. 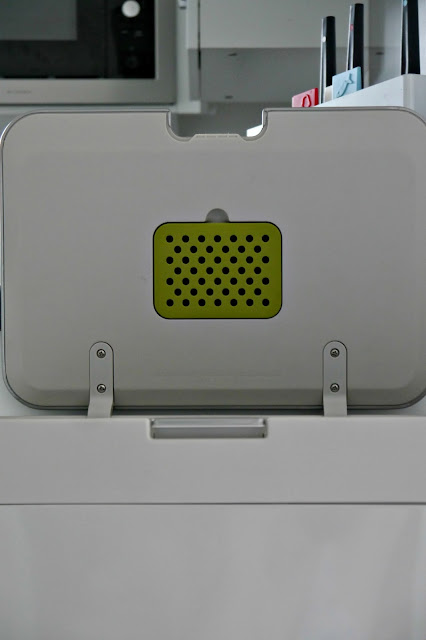 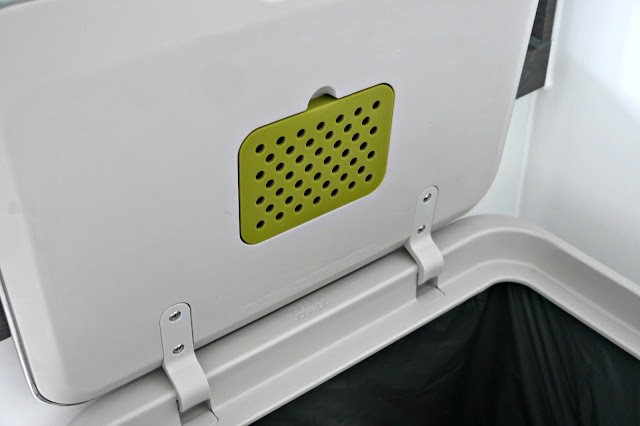 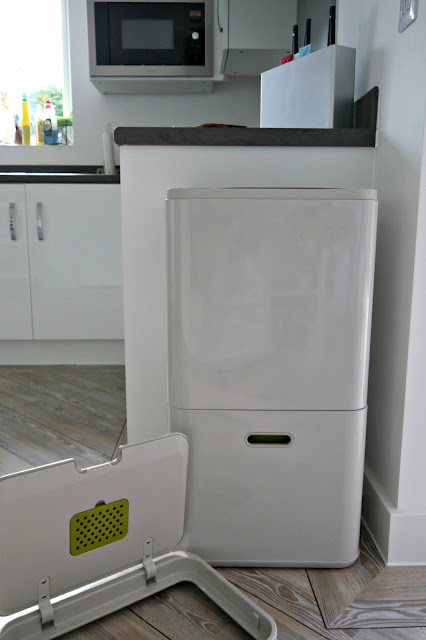 This bin looks great in our kitchen and thinking about our families and their bins, they could all do with something like this, with two bins or a bin and a pile of recycling to put in the outside bin when they go past it, this is the perfect solution that would fit in any home.

People may look at the price of this bin and say it is too expensive, but if it is anything like our last one it will still be with us in 8 or 9 years time. This is an investment and something to last many years, with easy cleaning I expect that it will look as good for those years too.

The bags for the bin cost £6 for 20 which is more than I was paying for our old bin bags, however they are much sturdier meaning no rips and leaks, which in my book is worth paying for. My only concern with this bin is whether the bin bags will be made in the next 8-9 years and what we will do if they aren't.

We have several pieces of Jospeh Jospeh in our house and they are practical, modern and functional, this is no different and I actually don't mind taking the rubbish out for once.

NB: We were given the Joseph Joseph Totem Intelligent Waste System in order to create this post, all words, opinions and pictures are my own.
bin easier family home intelligent waste interiors joseph joseph recycling review rubbish system totem