Words and Poetry at Newstead Abbey

on July 17, 2016
We've been to Newstead Abbey many times now, in the spring, summer, autumn and winter, each time it shows us something new, this time it was inside of the house, an important part of the Abbey that we have never seen before.

With either the sun shining or adventures to be had outside, the house has just never been on our radar. So when they had a day of fun, poetry and music with tours around the house, it sounded like a fantastic way to spend a lazy Sunday afternoon. With access to the house and gardens for just £10 per car this sort of event is the perfect opportunity to explore more of this wonderful piece of history. 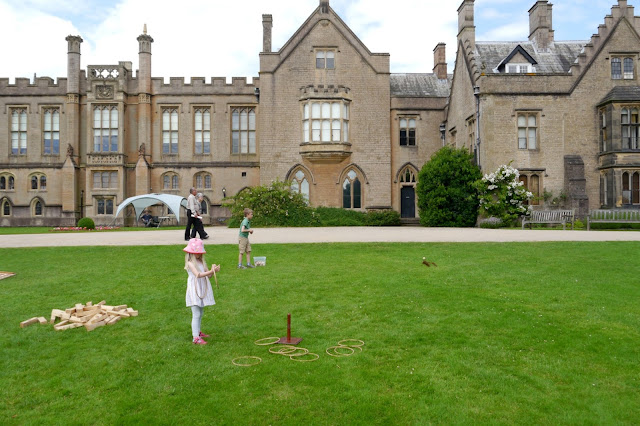 We were taken on a tour by, Becky Cullen, the Abbey's poet in residence, she read out poems inspired by the house, written by staff and members of the public. We were also allowed to explore the house ourselves, which was a fantastic experience.

Although a lot of the original furniture had been sold off many years ago, it has been replaced by similar pieces from other collections, it gives you an idea of how it would of looked back in the day. There are many rooms to look at with many memories, deeply ingrained in the wood carvings and stone that sprawl about the house.

The impressive staircase as you walk in is truly a piece of art in itself and the wood that covers that great hall must have seen so much in its time. 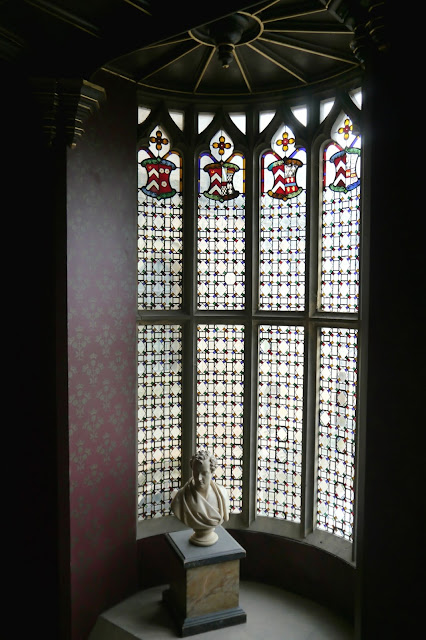 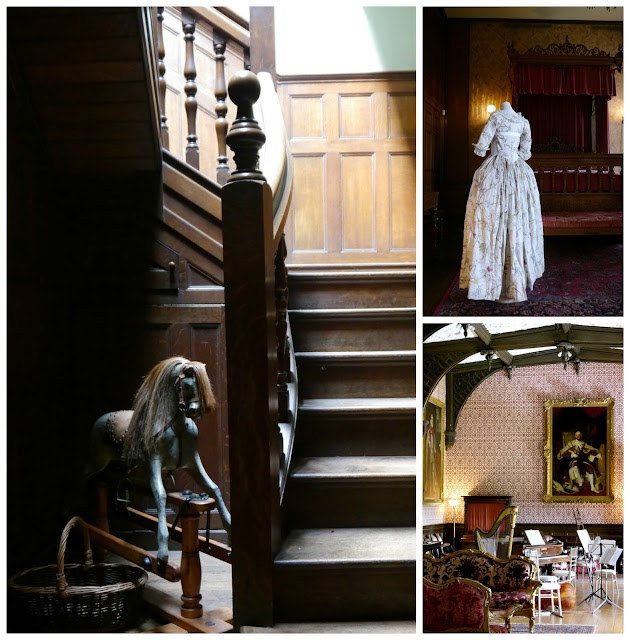 It would be rude to visit Newstead Abbey and not find out about it's famous previous owner, and so, we visited the bedroom of Lord Byron, or the 6th Lord Byron as he was officially named, this housed a replica of his bed with it's domed roof and a pistol by his bedside, which he kept their due to unrest in Nottinghamshire at that time. Although these rooms are slightly different to how it would have been during his time here, it has been restored to be as original as possible. 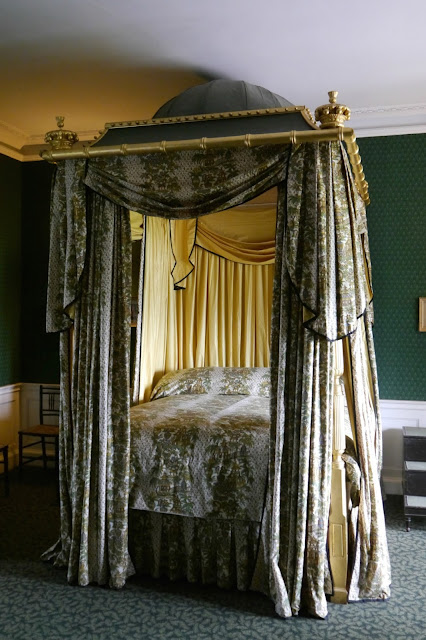 The library housed his boxing gloves and a toothpick in the form of a tiny sword, as well as many of his other possessions, you can only begin to imagine what those things would say if they could talk. Walking through the library you are taken on a journey through Lord Byron's life, loves and friends you then move on through the house and learn about the families that lived in the house as the years went by, before it was handed over to the council for all to see.

The gardens looked wonderful, full of colour and for once there was water in the pond behind the Abbey, which meant you could see the house reflected in it. With the sun shining, we headed through the rose garden, had a quick go on the park then decided to head back to the car as the storm clouds were brewing, well, it was an English summer's day! 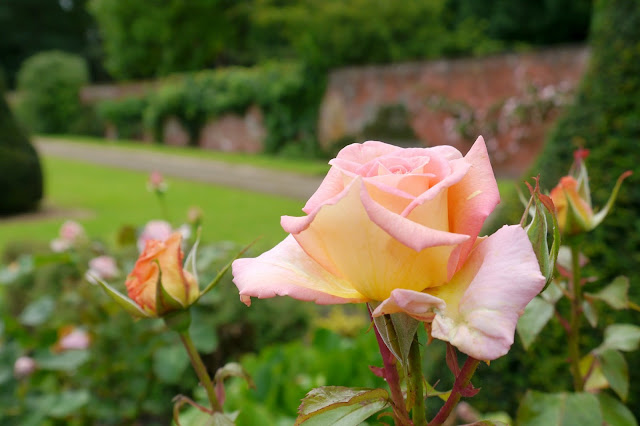 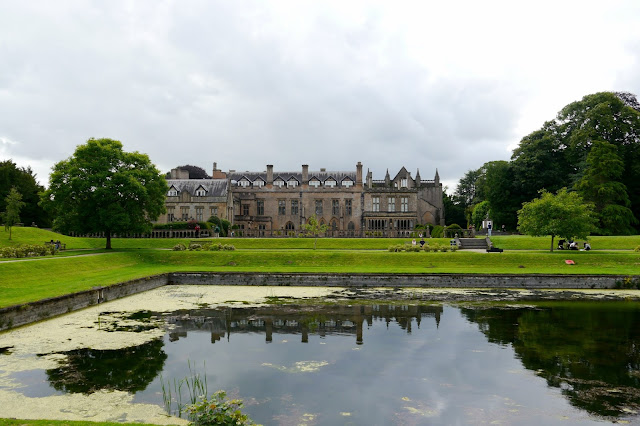 We headed home after a wonderful afternoon out, with a beautiful insight into the house and the people who would have lived there. To see those objects and understand what could of possibly inspired Lord Byron to pen the words he did was exciting, to see the gardens from the windows and to see why the occupants designed them the way they did added another dimension to one of our favourite places to visit. 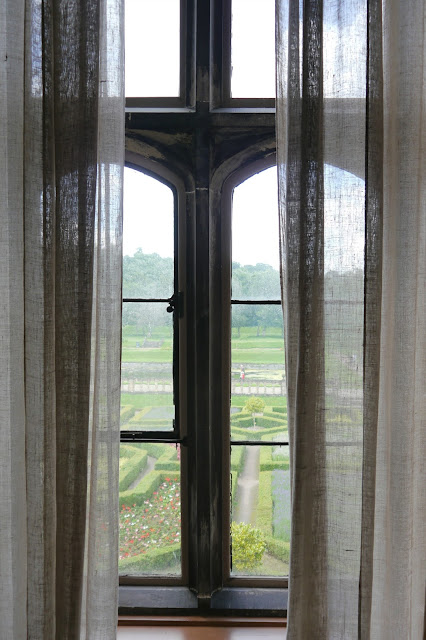 "She walks in beauty, like the night
Of cloudless climes and starry skies;
And all that’s best of dark and bright
Meet in her aspect and her eyes;
Thus mellowed to that tender light
Which heaven to gaudy day denies.....

NB: We were given complimentary tickets to the event, all words and opinions are my own.
children days out daysout kids literacy literature lordbyron newstead newsteadabbey nottingham nottinghamshire poems things to do thingstodo words