on October 03, 2016
If like me you are old enough to remember Transformers the first time round, then you’ll remember the excitement of watching them transform from a vehicle to a robot and back again. It was like nothing we had seen before and having a brother and two male cousins meant I often had to choose whether to be an Autobot or Decepticon.

My son has also become a fan and has enjoyed watching some of the newer films, so when we were asked if we’d like to review the Power Surge Optimus Prime I knew he’d love it (I was a bit excited too). 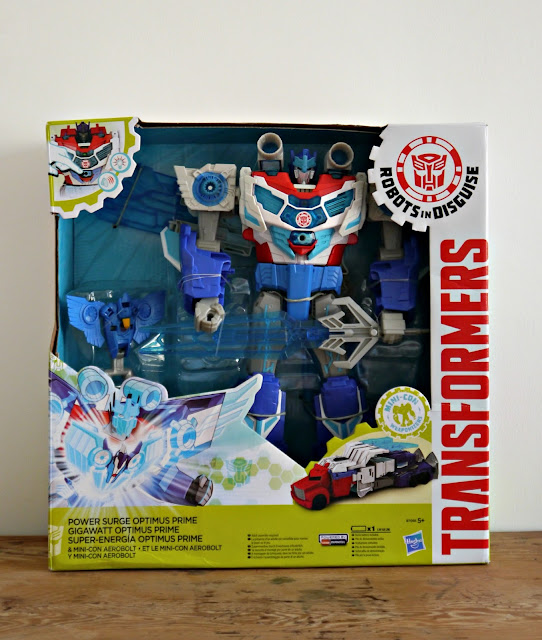 Optimus Prime is for me one of the best Transformers, with Bumblebee coming in a close second. I love the new films too and it is great to have a toy and character from my childhood that I can enjoy talking about with my son.

So, onto the toy itself, after undoing the packaging (which I will say was a lot better than usual toy packaging, with hardly any plastic) we got to trying to transform it. It did take us a few tries, even with the instructions, which to be honest we just put to one side and used the picture from the box instead.

It just came down to us not being tough enough with it and once we had done it the first time it was a breeze after that. 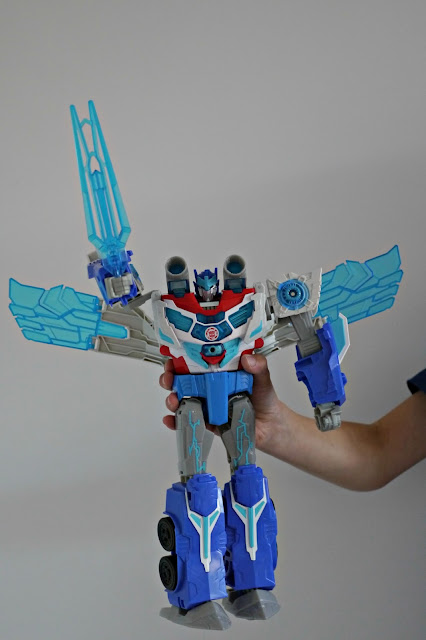 It has some great realistic sound effects and some awesome light effects too, with lots of add on weapons that really make it come alive. It also comes with a battery already in place, so for something like Christmas (sorry I said it) there is no need for extra batteries and the toy is ready to play with straight out of the box.


You can also purchase additional Mini-Con Weaponizer figures which activate different sounds, so it can be added to at a later date. It also stands at 11 inches tall, so it isn't a small toy. 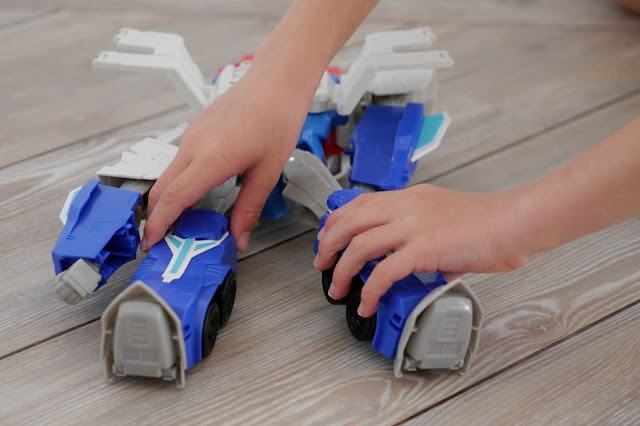 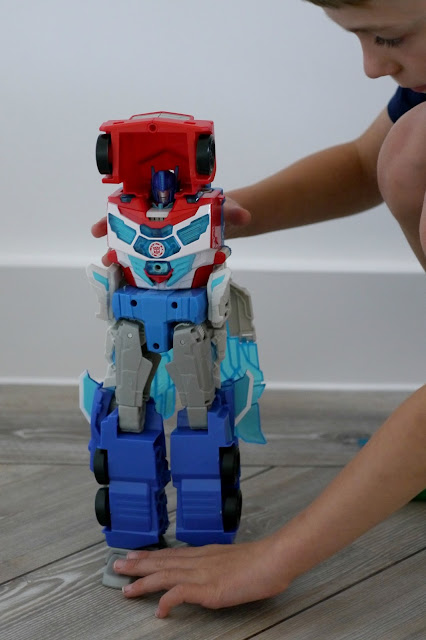 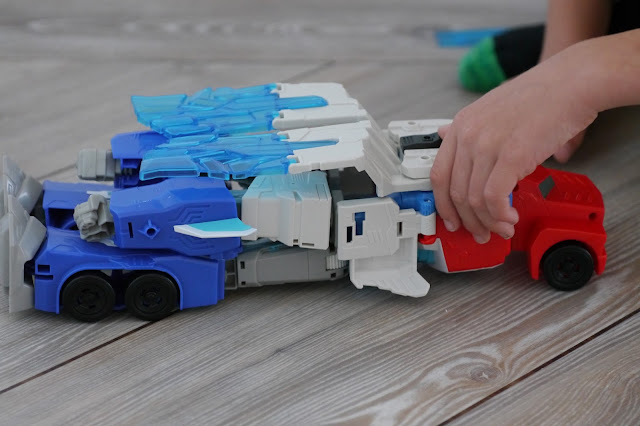 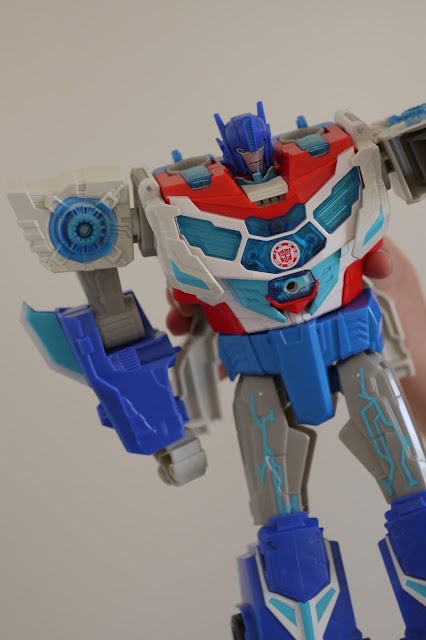 My son has really enjoyed playing with Optimus and was excited about it from the moment he saw the box. I have to say it is a bit flimsier than I remember it's 80s counterparts being, however that is just how it is these days. It has stood the test of being driven around and changed from truck to transformer though, so hopefully it will be something we can pass on in the future. 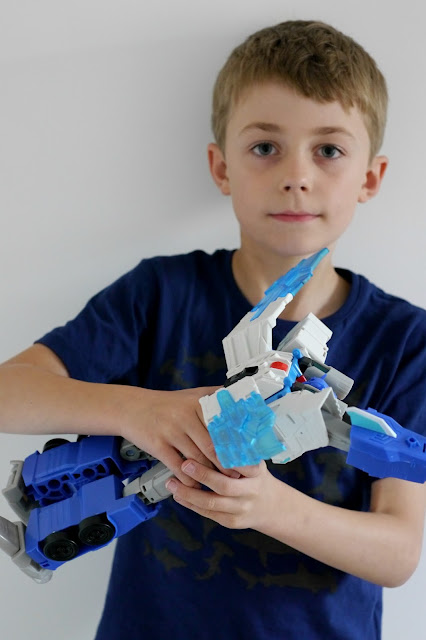 I love Transformers and I think they will be here to stay with another film currently in the making, the RRP for this toy is £49.99 which is about what i'd expect for something this size, it is currently on offer in Smyths at £37.49.

NB: We were sent this toy for the purpose of this review, all words and opinions are my own.