on September 29, 2017
My daughter is a huge fan of My Little Pony, much like I was at her age and with the release of the new My Little Pony film later this month, I have a feeling that everything MLP is going to be on the Christmas lists of lots of mini folk this year.

The Magical Princess Twilight Sparkle is without a doubt one of the most extravagant toys we've ever had, it reacts to touch and sound and is as bright and colourful as you'd expect a pony named Twilight Sparkle to be. 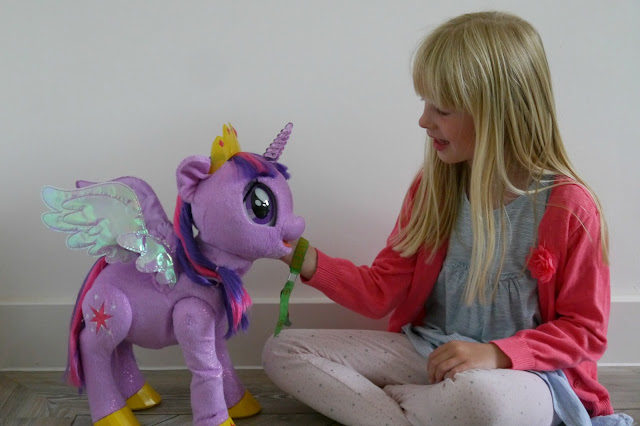 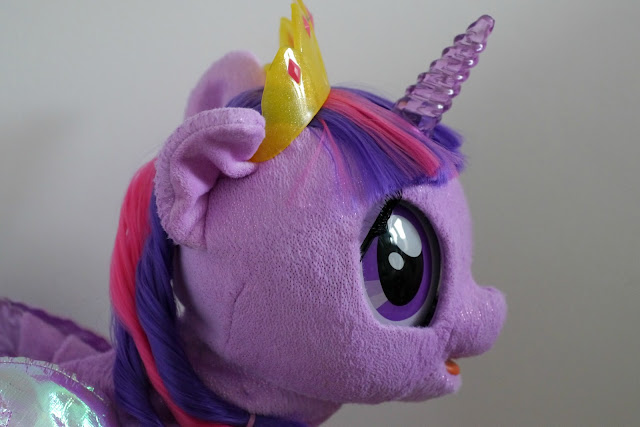 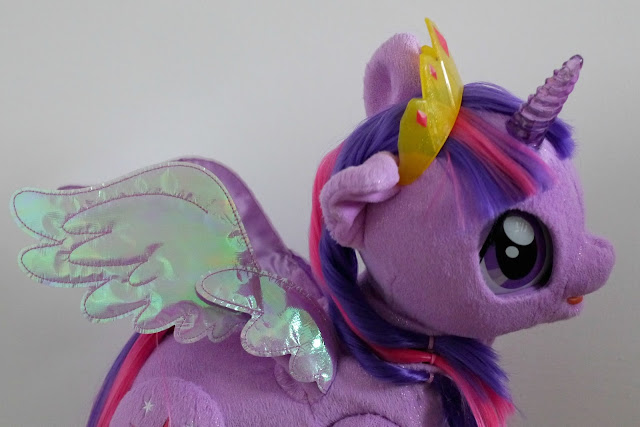 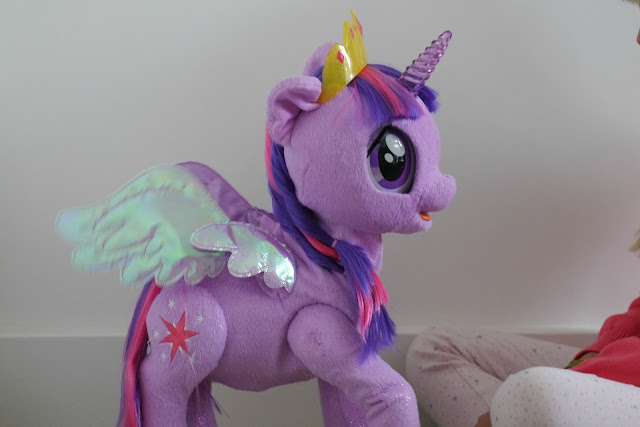 My daughter practically squealed with delight when she got home and saw the box waiting for her, the fact I had forgotten to buy some batteries did dampen the excitement somewhat but also meant she got to just stare at it for a day which built up the excitement even more.

I feel that this toy is going to split opinion; on one hand for a child it is the epitome of cool. A pony that talks and moves, lights up and is generally everything they want, some adults on the other hand may see it as a little bit robotic as it blinks and talks at you and it detracts from the magic somewhat.

Twilight has over 90 phrases, tells stories and sings songs. If you touch her horn, which lights up and flashes, she talks about her magical spells. You can also change the mode via a button on her hoof, this changes between Friendship, Story, Singing and Spells. 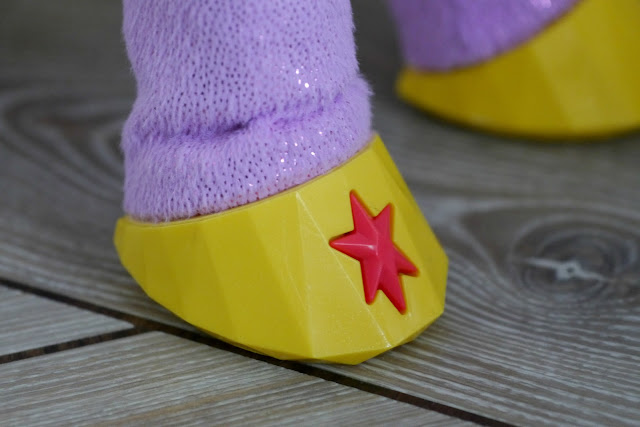 With posable legs you can make her sit down or stand up, although it was a bit tough for my daughter to do and I felt like I was going to break her, though it does state on the instructions to expect some clicking sounds.

Twilight Sparkle has a long colourful tail and mane which you can style and brush and she even has her own tiara to complete the look. I think what sets this apart though is the fact that it responds to your voice and when you stroke her cheek she also giggles. 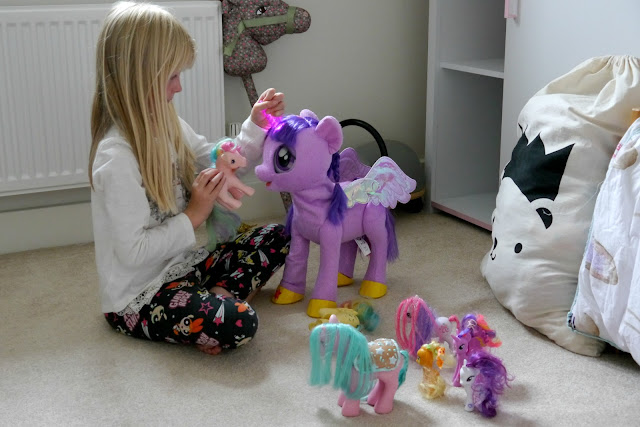 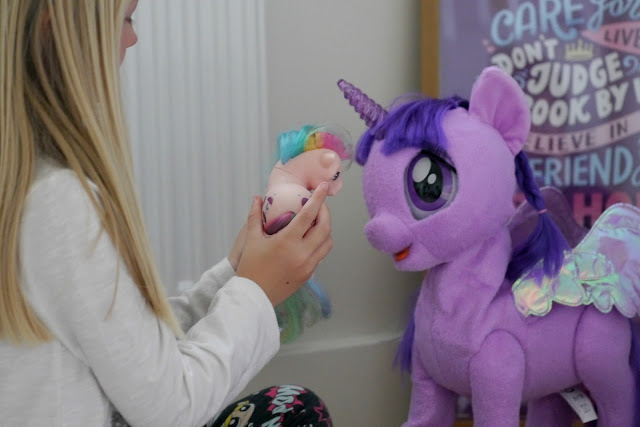 My daughter has enjoyed playing with Twilight and she is a welcome addition to our vintage and non vintage pony collection, her only one little gripe would be that Twilight seems to repeat herself and I have heard her saying to the pony, "you've just said that".

Magical Princess Twilight Sparkle has an RRP of £134.99 which is quite a lot of money, however with Christmas fast approaching I see this as the big one. For a My Little Pony fan it is the perfect gift and if you can find her whilst she is on offer then she'd make the perfect companion.

We were sent Magical Princess Twilight Sparkle to review, all words and opinions are my own.