I Was A Rat Theatre Review

on April 03, 2013
Last week I was invited to see I Was A Rat at the Nottingham Playhouse. I don't often get to go to the theatre and my son was a little young for this production, so it gave me a good excuse to have a few hours to myself.

Sitting down to a rather dark and empty stage I was intrigued at the performance ahead.

In the opening scene we meet the main character a boy named Roger who walks into the lives of two unsuspecting but wonderfully kind people Joan and Bob. 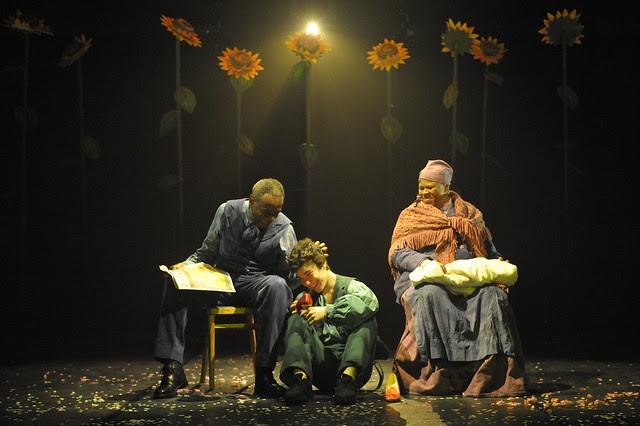 Following them on a journey to try and find out where Roger comes from, as Roger tries his hardest to fit in, with his child like innocence this isn't easy.

I was a Rat is based on the book by Phillip Pullman and for me was a beautiful and exciting take on a Cinderella like fairytale.

Further on into the story we follow Roger as he finds out about the darker sides of life, from criminals to people willing to exploit him and that not everyone in the world is kind like Joan and Bob.

The play itself was wonderful, I have never been to one with so little set but the atmosphere brought to the show with lighting, sound and moveable props was utterly brilliant and left me captivated and wanting more.

The few actors playing the many characters were incredible, showing just how versatile they were. The acrobatic dance skills of Fox Jackson-Keene who played Roger were fabuous and brought to the play a modern element. 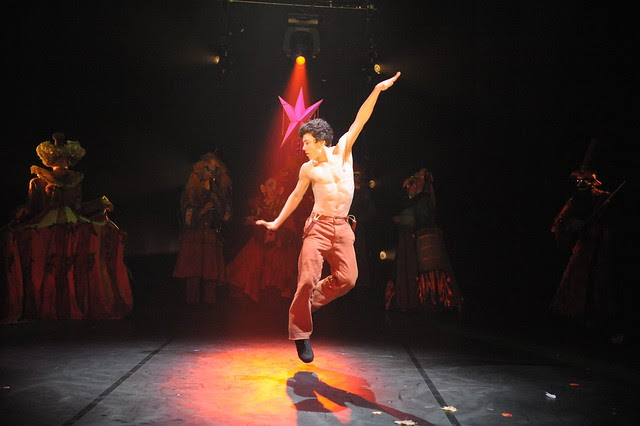 I did here a child sobbing a little so for those that a  little younger and maybe more sensitive I would be prepared for the dark nature of the play, both in effects and in story.

However, with some light hearted jokes on current affairs it stayed topical and up to the minute on a story which set in times long ago.

Overall the stage effects were fabulous, the acting and dancing were entertaining and the characters loveable and I found myself still thinking about the play for a few days after.