A Visit to the Museum of London

on January 13, 2016
For the last few years, we have headed down to London on New Years Day, so far, we have been to the Science Museum and the Natural History Museum, they were both empty on New Years Day and it meant we got to look around without too much waiting and queuing.

So we decided to head down again this year, although this time we decided to spend the night there too. It meant we didn't have to squeeze everything in, in just a few hours and instead we could go back to the hotel and relax before heading out for dinner.

On New Years Day itself, we visited the Museum of London, a wonderful look into life in London. There are exhibits showing what London was like before it was London, dating back to prehistoric times, right up to present day. 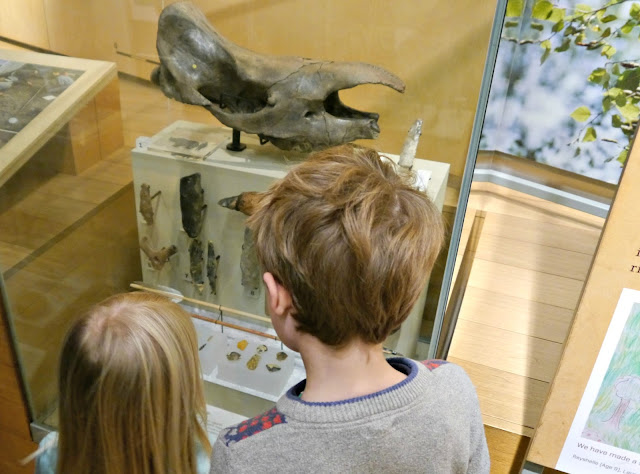 Whilst most of the artefacts are behind glass, there are also lots of things that you can get up close and personal with, there are many quizzes dotted around the exhibitions that allow children and grown ups alike to get involved and learn more about the history of our capital. 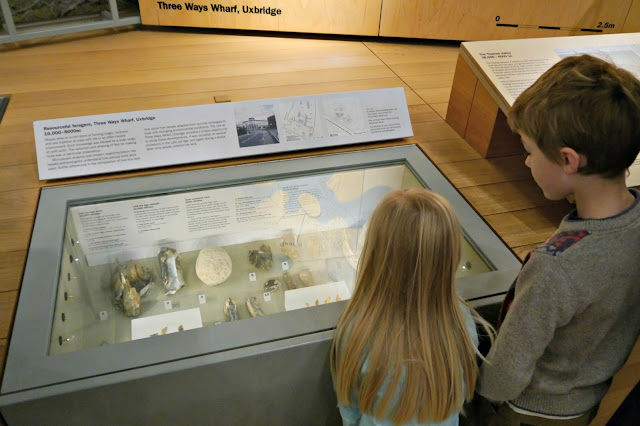 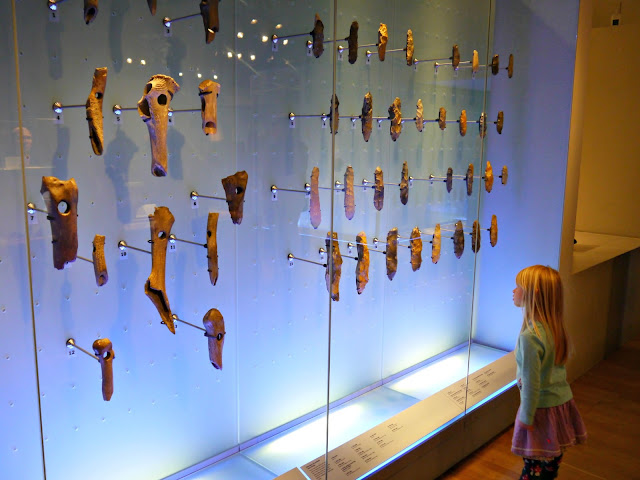 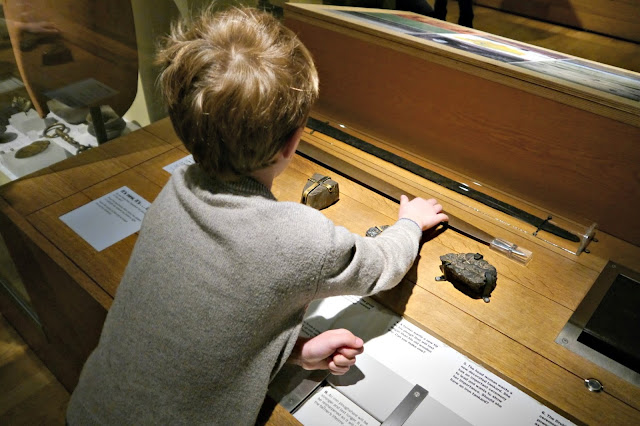 My son is currently learning about the Romans at school, so it was great to be able to take some time in the Roman section and explain what they bought to England, as well as lots more about the Roman empire and what they did for us.

The beautiful rooms that the romans had were great to look at, the detail and decoration wouldn't look all out of place today. The way they heated their houses with clay pipes for hot air to pass through was incredible, it was an interesting thing to learn about. 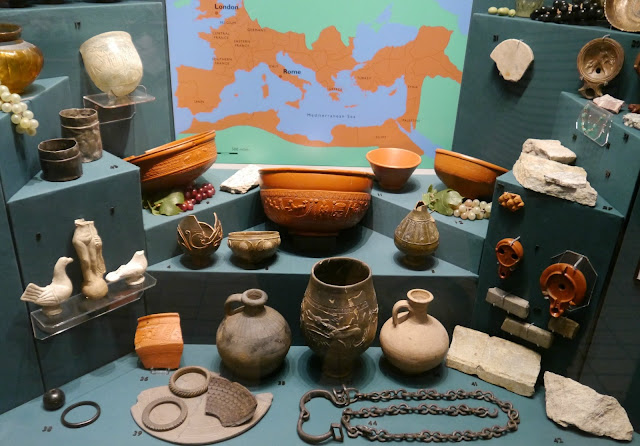 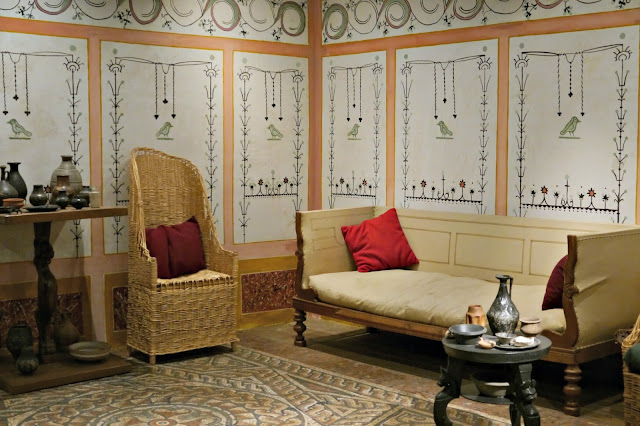 Although many of the facts and displays were not fully understood by our little ones, if you do have children that are learning about things like the Romans, Henry VIII, the great fire of London or the 1900s, then this is a great place to visit. 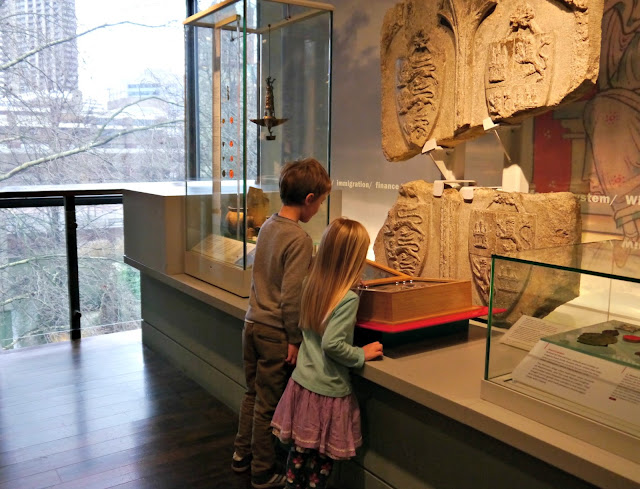 I particularly loved the prison cell from the 1700s, the inscriptions still legible all these years on, this reads "The Cubards Empty To Our Sorrow But Hope It Will Be Full Tomorrow', I wondered how long someone must have been incarcerated in there to have written this and with what did they write it with? 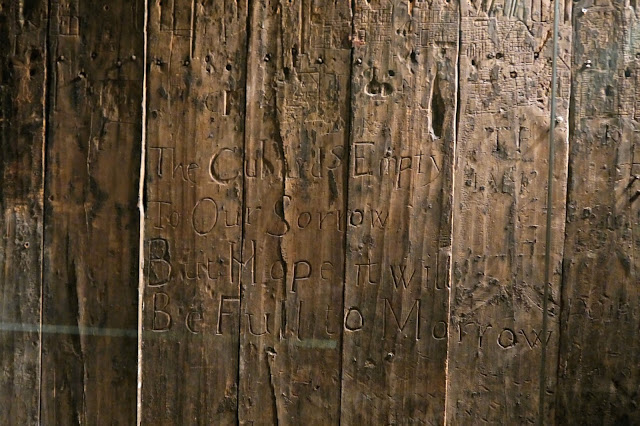 And finally in the more modern of the exhibitions was this magnificent display, as you walked in the horses could of been real and to see what the royal carriage looks like up close and personal, with even more memorabilia from the 70s, 80s and 90s there were slowly hints of a world both my husband and I both knew as well as the children with the more recent 2012 London Olympic Games as part of the last exhibition. 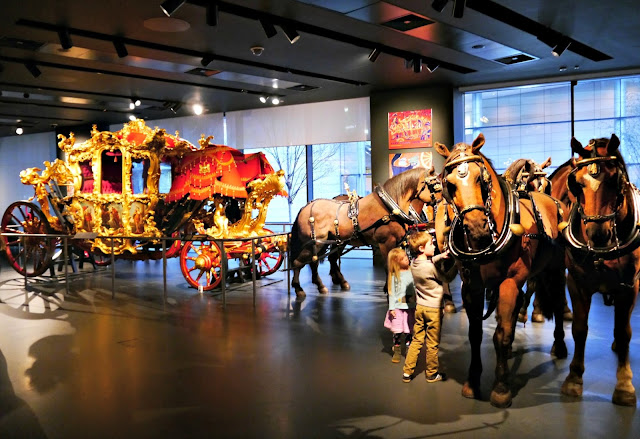 There was so much to see that if I put a picture of everything you'd still be reading this sometime next week, so instead, I urge you the next time you're in London to go and take a look at the museum yourself, it is free to enter and there are lockers to leaves bags and coats in. It's a short walk from the tube and you could easily spend a day in there looking at everything.

Later that evening we went and had the most wonderful meal at the Hawksmoor Air Street, another must if you are in London anytime. The following day we visited The Tower of London and the British Museum but there will be more info about these in other posts.